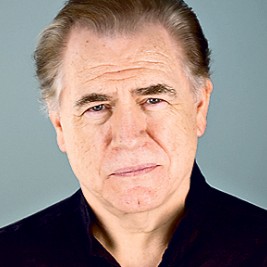 Businesses, Non-profit organizations, event planners and companies across the country have worked closely with our booking agents to hire Brian Cox for a speaking engagements, guest appearances, product endorsements and corporate events. Many of those same clients have continued to turn to our speakers bureau as we can easily align Brian Cox’s availability with their upcoming seminar, gala, annual conference, corporate function, and grand opening. Our close relationship with Brian Cox’s booking agent and management team further enables us to provide inquiring clients with Brian Cox’s speaking fee and appearance cost.

If your goal is to hire Brian Cox to be your next keynote speaker or to be the next brand ambassador our celebrity speakers bureau can assist. If Brian Cox’s booking fee is outside your companies budget or your unable to align with his appearance availability, our booking agents can provide you a list of talent that aligns with your event theme, budget and event date.

Brian Denis Cox, CBE is a Scottish actor, notable for being the first actor to play Hannibal Lecter, a role he took in the Michael Mann film Manhunter. He is at least partially of Irish Catholic extraction.

Cox was trained at the London Academy of Music and Dramatic Art. He made his first television appearance as an extra in several episodes of The Prisoner in 1967 before taking a lead role in Year of the Sex Olympics the next year. In 1978, he played King Henry II of England in the acclaimed BBC2 drama serial, The Devil's Crown, following which he starred in many other television dramas. His first film appearance was as Leon Trotsky in Nicholas and Alexandra in 1971.

In 1995, he appeared in both Rob Roy and Braveheart. His notable recent films include L.I.E., The Ring, X2, Troy and The Bourne Supremacy.

He usually plays villains, such as a rogue colonel in X2, the tyrannical Agamemnon in Troy, Pariah Dark in the Danny Phantom television movie Reign Storm, a devious CIA official in the Bourne films, and even lent his voice for the role of a snuff film director in the video game Manhunt. He has on occasion played more sympathetic characters, such as Edward Norton's sympathic father in 25th Hour, a fatherly police superior in Super Troopers and Rachel McAdams' father in Red Eye.

Cox won an Emmy Award in 2001 for his portrayal of Hermann in the television mini-series Nuremburg, which starred Alec Baldwin, who played former Supreme Court Justice and Nuremburg prosecutor Robert H. Jackson.