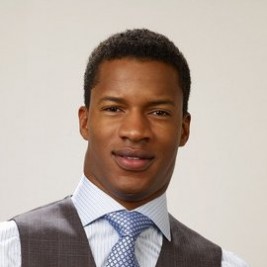 Businesses, Non-profit organizations, event planners and companies across the country have worked closely with our booking agents to hire Nate Parker for a speaking engagements, guest appearances, product endorsements and corporate events. Many of those same clients have continued to turn to our speakers bureau as we can easily align Nate Parker’s availability with their upcoming seminar, gala, annual conference, corporate function, and grand opening. Our close relationship with Nate Parker’s booking agent and management team further enables us to provide inquiring clients with Nate Parker’s speaking fee and appearance cost.

If your goal is to hire Nate Parker to be your next keynote speaker or to be the next brand ambassador our celebrity speakers bureau can assist. If Nate Parker’s booking fee is outside your companies budget or your unable to align with his appearance availability, our booking agents can provide you a list of talent that aligns with your event theme, budget and event date.

Nate Parker is an American actor and musical performer who has appeared in "Red Tails," "The Secret Life of Bees," "The Great Debaters" and "Pride." In his recent roles, he has performed alongside Denzel Washington, Forest Whitaker and Terrence Howard. Parker has overcome turbulence and turmoil in his life both as a youth and a collegian. He was raised in both Virginia and Maine, but blossomed as a wrestler in his later high school years at Great Bridge High School in Virginia. Parker was an All-American wrestler in both high school and at the University of Oklahoma. Parker has been active in charitable work, donating his time both as a volunteer wrestling coach and a political activist.

After graduating from Oklahoma, he worked as a computer programmer until he was noticed at a modeling convention in Dallas, Texas, while accompanying a model friend.

Los Angeles talent manager Jon Simmons noticed Parker at the convention and talent search while Parker was waiting for his friend to finish her audition. Simmons felt Parker had "the look" and inquired about whether Parker was an actor or a model. After Parker denied both, he asked Parker to read a monologue from "The Fast and The Furious." He then asked Parker to videotape himself doing lines from "Antwone Fisher," and Parker delivered a video within a week. Simmons told him to move to Los Angeles, California, right away.

Parker packed his clothes and computer and moved to sleep on another aspiring actor's couch. Parker played the male lead in "Rome and Jewel," a hip-hop take on "Romeo and Juliet" in 2006. He had a smaller role in "Pride," about an African American swim team, but one that allowed him to display his athletic physique.

Denzel Washington directed "The Great Debaters" and selected Parker for the role of Henry Lowe. Parker heard Washington requires biographies of the characters that he directs. He wrote a 100-page biography of the Henry Lowe character. Parker and co-stars, Forest Whitaker and Denzel Washington, were nominated for the 2008 NAACP Image Awards in the best supporting actor category, which Denzel Washington won.

In "The Secret Life of Bees" he is the love interest of Alicia Keys' character. The movie co-stars Queen Latifah, Dakota Fanning, Jennifer Hudson, Alicia Keys and Sophie Okonedo.

Parker aspires to provide scholarships to youth between the ages of 17 and 25 at Wiley College through the 100 Men of Excellence Initiative. He has been a supporter of Boys & Girls Clubs of America as well as a program called Peace4Kids, which is a program for foster youths and underprivileged youth in South Los Angeles, California, where kids are involved in daily activities that stimulate and nurture creativity and intellect. Parker also coaches a wrestling team of 10-, 11- and 12-year-olds at Rosemead High School, and he assists in coaching wrestling at Rio Hondo College. Parker was an active supporter of and volunteer for the 2008 Barack Obama presidential campaign.