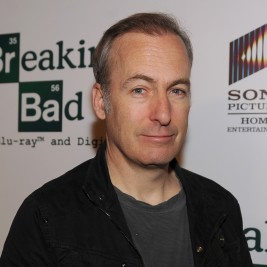 Businesses, Non-profit organizations, event planners and companies across the country have worked closely with our booking agents to hire Bob Odenkirk for a speaking engagements, guest appearances, product endorsements and corporate events. Many of those same clients have continued to turn to our speakers bureau as we can easily align Bob Odenkirk’s availability with their upcoming seminar, gala, annual conference, corporate function, and grand opening. Our close relationship with Bob Odenkirk’s booking agent and management team further enables us to provide inquiring clients with Bob Odenkirk’s speaking fee and appearance cost.

If your goal is to hire Bob Odenkirk to be your next keynote speaker or to be the next brand ambassador our celebrity speakers bureau can assist. If Bob Odenkirk’s booking fee is outside your companies budget or your unable to align with his appearance availability, our booking agents can provide you a list of talent that aligns with your event theme, budget and event date.

Bob Odenkirk is an American actor, comedian, writer, director and producer. He co-created and co-starred in the HBO sketch comedy series Mr. Show with Bob and David and is best known for his role as shady lawyer Saul Goodman (James Morgan McGill) on the AMC crime drama series Breaking Bad and its spin-off series Better Call Saul.

In the 1980s and 1990s, Odenkirk worked as a writer for television shows Saturday Night Live, Late Night with Conan O'Brien, Get a Life, The Ben Stiller Show and The Dennis Miller Show. In the mid-1990s, Odenkirk and David Cross created the Emmy-nominated sketch comedy program Mr. Show with Bob and David, which ran for four seasons and ultimately became a cult success. In the early 2000s, Odenkirk discovered the comedy duo Tim & Eric and produced their television series Tom Goes to the Mayor and Tim and Eric Awesome Show, Great Job! He has directed three films: Melvin Goes to Dinner (2003), Let's Go to Prison (2006) and The Brothers Solomon (2007).