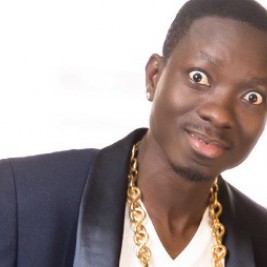 If your goal is to hire Michael Blackson to be your next keynote speaker or to be the next brand ambassador our celebrity speakers bureau can assist. If Michael Blackson’s booking fee is outside your companies budget or your unable to align with his appearance availability, our booking agents can provide you a list of talent that aligns with your event theme, budget and event date.

Inspired by the stand-up comedy of Eddie Murphy, Blackson began to develop his talent in 1992 in the unkind comedy clubs of Philadelphia. Blackson's comedic appeal grew from his involvement with BET's Comicview series, Def Comedy Jam, Showtime at Harlem, and Live in Hollywood.

He also branched out into film, with his outstanding performance in Ice Cube's box office smash hit, Next Friday. Besides his film and television endeavors, Blackson continues to entertain his fans as the headlining talent for lives shows at comedy clubs, universities, and special events throughout the world.

Blackson's career is constantly evolving as he's completed plans for several sketch comedy CD's and stand-up DVD's for future release, movie roles and continuing his busy tour schedule. Blackson was recently featured on P. Diddy's Bad Boys of Comedy on HBO, and is in talks to star in his next film project.