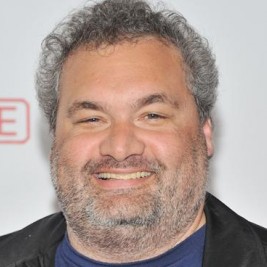 Businesses, Non-profit organizations, event planners and companies across the country have worked closely with our booking agents to hire Artie Lange for a speaking engagements, guest appearances, product endorsements and corporate events. Many of those same clients have continued to turn to our speakers bureau as we can easily align Artie Lange’s availability with their upcoming seminar, gala, annual conference, corporate function, and grand opening. Our close relationship with Artie Lange’s booking agent and management team further enables us to provide inquiring clients with Artie Lange’s speaking fee and appearance cost.

If your goal is to hire Artie Lange to be your next keynote speaker or to be the next brand ambassador our celebrity speakers bureau can assist. If Artie Lange’s booking fee is outside your companies budget or your unable to align with his appearance availability, our booking agents can provide you a list of talent that aligns with your event theme, budget and event date.

Artie Lange, Jr. is an American actor, comedian, radio personality, and author, best known for being part of The Howard Stern Show and the television sketch comedy series Mad TV.

Lange performed his first stand-up comedy routine at age nineteen. He took up work as a longshoreman to help support his family following the death of his quadriplegic father before he decided to focus on comedy and developed a stand-up act in clubs around New York City. In 1995, Lange was picked as an original cast member of Mad TV.  Lange was chosen by Norm Macdonald to feature in his comedy film Dirty Work (1998) which, from 1999 to 2001, led to several film roles and a place on Macdonald's sitcom, The Norm Show.

In 2001, Lange became a member of The Howard Stern Show until January 2010.   Lange returned to radio in 2011, co-hosting a sports entertainment program with Nick DiPaolo; after DiPaolo left in 2013, the show was renamed The Artie Lange Show and lasted until its cancellation in April 2014. Lange launched his podcast, The Artie Quitter Podcast, in January 2015 and continues to perform.

Lange has released two recordings of his stand-up comedy performances—It's the Whiskey Talkin‍ '​ (2004) and Jack and Coke (2009). He co-wrote, produced, and starred in his comedy film Artie Lange's Beer League (2006), and co-wrote his first memoir Too Fat to Fish (2008), which entered The New York Times Best Seller list at number one. Lange released a follow-up, Crash and Burn (2013).