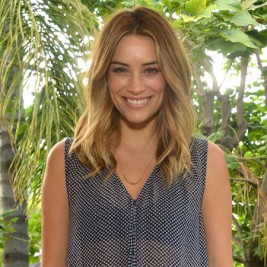 If your goal is to hire Arielle Vandenberg to be your next keynote speaker or to be the next brand ambassador our celebrity speakers bureau can assist. If Arielle Vandenberg’s booking fee is outside your companies budget or your unable to align with his appearance availability, our booking agents can provide you a list of talent that aligns with your event theme, budget and event date.

Vandenberg guest-starred in the first two seasons of Meet the Browns as London Sheraton, and had a recurring guest role in Greek as Lisa Lawson. She has made once-off appearances in other television series including CSI: Miami, Bones, How I Met Your Motherand Numb3rs, and has appeared in non-speaking roles in films including Epic Movie and The Ugly Truth. She has starred in several television commercials for brands including Mercedes-Benz, State Farm Insurance, and Progressive Auto Insurance. In 2013, Vandenberg appeared in the music video for the single "R U Mine?" by Arctic Monkeys.

Vandenberg had a large following on Twitter's video service Vine prior to its closure in 2017.