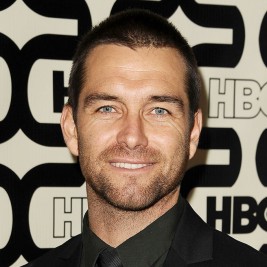 Businesses, Non-profit organizations, event planners and companies across the country have worked closely with our booking agents to hire Antony Starr for a speaking engagements, guest appearances, product endorsements and corporate events. Many of those same clients have continued to turn to our speakers bureau as we can easily align Antony Starr’s availability with their upcoming seminar, gala, annual conference, corporate function, and grand opening. Our close relationship with Antony Starr’s booking agent and management team further enables us to provide inquiring clients with Antony Starr’s speaking fee and appearance cost.

If your goal is to hire Antony Starr to be your next keynote speaker or to be the next brand ambassador our celebrity speakers bureau can assist. If Antony Starr’s booking fee is outside your companies budget or your unable to align with his appearance availability, our booking agents can provide you a list of talent that aligns with your event theme, budget and event date.

Antony Starr is a New Zealand television actor best known for his dual role as twins Jethro and Van West in New Zealand's hit comedy/drama Outrageous Fortune. Starr began his professional acting career nearly in the nineties with a small part on Shortland Street and a couple of guest roles on Xena – Warrior Princess and Hercules. In 2001, Starr was cast in Mercy Peak as Todd Van der Velter, one of the no-good, white trash Van der Velter brothers. It was a guest role that he had throughout Mercy Peak's three seasons. He also received a role as the brother of long running character Waverley Wilson in the soap opera Shortland Street. He appeared for several weeks as part of the write out of the Minnie Crozier character. Starr did not like the fast pace of the show and thought his performances suffered due to it. Since then, Starr's television credits have included a core cast role in kids' series Hard Out and guest roles in P.E.T. Detectives and Street Legal as well as a brief stint in Serial Killers, the critically acclaimed comedy series that was penned by Outrageous Fortune co-creator James Griffin. Playing twins Van and Jethro West won Starr the 2007 Air New Zealand Screen Award for Performance by an Actor, the award for Best Actor at the Qantas Television Awards and Best Actor at the Asian TV Awards in the same year. Readers of the TV Guide also voted Starr Best Actor in the 2007 TV Guide Best on the Box People's Choice Awards. In 2005, he was named Best Actor at the inaugural Qantas Television Awards for his role in Outrageous Fortune.