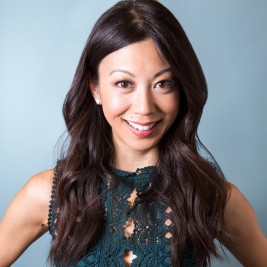 If your goal is to hire Brittany Ishibashi to be your next keynote speaker or to be the next brand ambassador our celebrity speakers bureau can assist. If Brittany Ishibashi’s booking fee is outside your companies budget or your unable to align with his appearance availability, our booking agents can provide you a list of talent that aligns with your event theme, budget and event date.

Actress Brittany Ishibashi was born and raised in Orange County, California, and comes from a family of entertainers. Growing up backstage with Rock and Roll Hall of Famers naturally fueled her interest in the arts, and Brittany discovered her passion for musical theatre at a very young age. A formally trained dancer, singer, and actress, Brittany also made time to train in Tae Kwon Do (she's a black belt).

Brittany's first big break came when JJ Abrams cast her in "Felicity" just out of high school. She continued her formal education at UCLA's prestigious school of Theatre, Film and Television while continuing to build her resume outside of classes. Brittany has been consistently working ever since, with recurring roles and guest appearances in over three dozen television shows, including "The Office," "Grey's Anatomy," and "Supernatural." After an exciting debut at Comic-Con, Brittany reprised her role as Maggie Zeddmore in the "Supernatural" spinoff "Ghostfacers" which has developed a global fan following. She has also worked on nearly two dozen films and multimedia projects, under the direction of such creatives as Joan Scheckel, Robert Redford, and Danny DeVito.

Brittany is probably best known for her role as Anne Ogami on USA Network's Golden Globe and Emmy nominated series, "Political Animals." Brittany can currently be seen in the original Netflix series, "Grace and Frankie," and starring in the indie feature, "Everything Before Us." This summer, Brittany joins the cast of "Half Shell: Out of the Shadows" as Karai.

In early 2015, Brittany launched her production shingle, Mana Moments, with a focus on comedic, female driven content. Brittany resides in Los Angeles with her husband Jeff and their son, Kai.