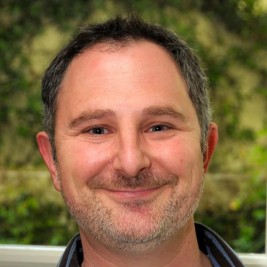 Businesses, Non-profit organizations, event planners and companies across the country have worked closely with our booking agents to hire Andy Milder for a speaking engagements, guest appearances, product endorsements and corporate events. Many of those same clients have continued to turn to our speakers bureau as we can easily align Andy Milder’s availability with their upcoming seminar, gala, annual conference, corporate function, and grand opening. Our close relationship with Andy Milder’s booking agent and management team further enables us to provide inquiring clients with Andy Milder’s speaking fee and appearance cost.

If your goal is to hire Andy Milder to be your next keynote speaker or to be the next brand ambassador our celebrity speakers bureau can assist. If Andy Milder’s booking fee is outside your companies budget or your unable to align with his appearance availability, our booking agents can provide you a list of talent that aligns with your event theme, budget and event date.

Andy Milder is an American actor and voice actor. He has appeared in such films as Apollo 13, Armageddon, Rumor Has It…, Frost/Nixon, Transformers and Domino. He was a series regular on Fame L.A. and Weeds, and appeared on such shows as Star Trek: Voyager, Star Trek: Deep Space Nine, The West Wing, Six Feet Under, Ugly Betty, Boston Legal, Parks and Recreation, Married... with Children, The Wonder Years, Private Practice and Criminal Minds. Milder provided narration for Ballroom Bootcamp, 101 Most Starlicious Make-Overs, and Wrecks to Riches. He provided the voice of Prince Sebastian LaCroix in the 2004 video game Vampire: The Masquerade – Bloodlines and Lightning Lad in the 2006 animated series Legion of Super Heroes and the film Lego DC Comics Super Heroes: Justice League: Cosmic Clash. From 2005 to 2009, he was a recurring cast member and later series regular on Weeds as Dean Hodes. Starting in 2011, he is a recurring cast member on the Disney Channel sitcom Austin & Ally as Lester Dawson. He also had an appearance on the show Royal Pains on the USA Network.