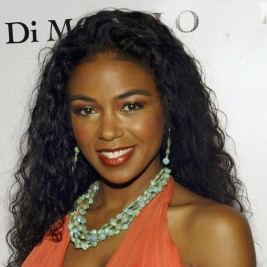 Businesses, Non-profit organizations, event planners and companies across the country have worked closely with our booking agents to hire Ananda Lewis for a speaking engagements, guest appearances, product endorsements and corporate events. Many of those same clients have continued to turn to our speakers bureau as we can easily align Ananda Lewis’s availability with their upcoming seminar, gala, annual conference, corporate function, and grand opening. Our close relationship with Ananda Lewis’s booking agent and management team further enables us to provide inquiring clients with Ananda Lewis’s speaking fee and appearance cost.

If your goal is to hire Ananda Lewis to be your next keynote speaker or to be the next brand ambassador our celebrity speakers bureau can assist. If Ananda Lewis’s booking fee is outside your companies budget or your unable to align with his appearance availability, our booking agents can provide you a list of talent that aligns with your event theme, budget and event date.

Ananda Lewis was on MTV, where she went beyond the hits of the week as a VJ. She served as their host for "Total Request Live" where she reported on styles and trends and interviewed music stars.

She also took part in specials such as "Wanna Be a VJ Too". Ananda became a well-established TV personality by the year 2000. That same year, she was named as one of People's "50 Most Beautiful People". One year later, Lewis premiered her show "The Ananda Lewis Show".

In 2004, Ananda was sent to Los Angeles as A&E's chief correspondent on celebrity affairs. Her show, The Insider, is a spin-off of the Entertainment Tonight show.

Ananda had her first theater appearance when she was 3 yrs old, going on to spend nine years at the San Diego School of Creative and Performing Arts where she refined her dramatics. After graduation, Ananda rediscovered her love for the arts and pursued a career in entertainment.