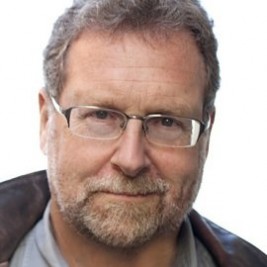 If your goal is to hire Peter Greenberg to be your next keynote speaker or to be the next brand ambassador our celebrity speakers bureau can assist. If Peter Greenberg’s booking fee is outside your companies budget or your unable to align with his appearance availability, our booking agents can provide you a list of talent that aligns with your event theme, budget and event date.

Peter Greenberg is the nation's preeminent expert on travel—no other journalist brings his level of expertise and extensive experience to the travel process. An Emmy Award-winning investigative reporter, Greenberg is the consummate insider when it comes to reporting the travel business as news. Travel Weekly named Greenberg as one of the 33 most influential people in the travel industry, along with Al Gore and Richard Branson.

Greenberg is perhaps best known as the Travel Editor for NBC's Today show, CNBC and MSNBC, a best-selling author of the New York Times bestselling Travel Detective book series and host of the nationally syndicated “Peter Greenberg Worldwide Radio Show.” Greenberg is also Travel Editor at Large for AARP, Contributing Editor for Men's Health and Best Life magazines, a contributor to The New Yorker magazine and a guest on the Oprah Winfrey Show and The View. His work also appears regularly on outlets such as AOL, MSN, MSNBC.com, and CNBC.com.

Greenberg was also the Creator, Executive Producer and Host of CNBC's acclaimed ratings winner Inside American Airlines: A Week in the Life, and the upcoming Inside Norwegian Cruise Line: A Week in the Life. He is also a regular contributor on CNBC shows ranging from Squawk Box, Power Lunch, Closing Bell, and High Net Worth.

His most recent New York Times best-selling book, Don’t Go There! The Travel Detective’s Essential Guide to the Must-Miss Places of the World, is available from Rodale Books. His upcoming book Tough Times, Great Travels will be available from Rodale March 2009. Greenberg's other books include the New York Times best-seller The Complete Travel Detective Bible, The Traveler's Diet: Eating Right and Staying Fit on the Road, Flight Crew Confidential, and Hotel Secrets from the Travel Detective. His website is one of the fastest growing travel news sites in America.

Greenberg produces and co-hosts one-hour television specials called The Royal Tour, which feature personal, one-on-one journeys through various countries with their heads of state. To date, countries have included Jordan with His Majesty King Abdullah II, New Zealand with Prime Minister Helen Clark, Peru with President Alejandro Toledo and Jamaica with Prime Minister P.J. Patterson. These specials have been broadcast in the U.S. on the Travel Channel and worldwide on the Discovery Channel. He is also co-producing with Today show anchor Al Roker a First Lady Tour series with the wives of a number of heads of state for the WE network.

Greenberg began his career in journalism as West Coast Correspondent for Newsweek, based both in Los Angeles and San Francisco. During that time, he was the principal reporter of many major news stories for the magazine, including cover articles on Howard Hughes, Patty Hearst, Gary Gilmore, aviation safety and organized crime. He also covered stories ranging from Bette Midler to Watergate to the return of American prisoners of war in Vietnam.

In 1985 Greenberg began his TV journalism career as the travel correspondent for ABC's Good Morning America and in 1995, moved to NBC as Travel Editor for the Today show / CNBC / MSNBC. He also served as Chief Correspondent for the Travel Channel from 1999 to 2005.

Greenberg won the National Emmy Award for best investigative reporting for his ABC 20/20 special, What Happened to the Children? a report about the last orphan flight out of Vietnam in 1975. He also received the prestigious Distinguished Service Award in Journalism from the University of Wisconsin, as well as the Excellence in Broadcasting Award from the Aviation Space Writers Association of American for his investigative piece on Good Morning America entitled, Planes with a Past.

Greenberg served as Vice-President of television development for Paramount, where he was instrumental in developing such shows as MacGyver. At MGM, he ran the creative team that developed thirtysomething for ABC.

Finally, Greenberg trains six times each year in state-of-the-art aircraft simulators, and he remains active as a volunteer fireman in New York. He lives in New York, Los Angeles, Bangkok, and most major airports around the world.