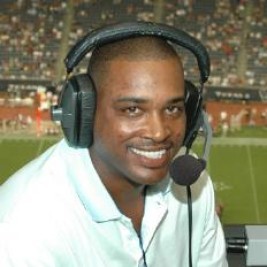 Businesses, Non-profit organizations, event planners and companies across the country have worked closely with our booking agents to hire Andre Ware for a speaking engagements, guest appearances, product endorsements and corporate events. Many of those same clients have continued to turn to our speakers bureau as we can easily align Andre Ware’s availability with their upcoming seminar, gala, annual conference, corporate function, and grand opening. Our close relationship with Andre Ware’s booking agent and management team further enables us to provide inquiring clients with Andre Ware’s speaking fee and appearance cost.

If your goal is to hire Andre Ware to be your next keynote speaker or to be the next brand ambassador our celebrity speakers bureau can assist. If Andre Ware’s booking fee is outside your companies budget or your unable to align with his appearance availability, our booking agents can provide you a list of talent that aligns with your event theme, budget and event date.

Born on July 31, 1968, Andre Ware is a sports analyst, commentator and a former American football player. He attended University of Houston and played as the first black quarterback to win the Heisman Trophy in 1989. He was in fact the first African-American quarterback to win such award. He also won the Davey O'Brien Award. This is the award given to the most outstanding college quarterback of the year and his team ranked 14th in the nation by the Associated Press. He was then drafted in the NFL Draft as the first round selection and 7th overall for the Detroit Lions in the year 1990. He was playing for the team for about four years. His best season was in the year 1992 when he won two out of three games. His next play was with the Los Angeles Raiders in the year 1994 and was released after several games. The following year, he was signed by the Jacksonville Jaguars. He was also playing in the Canadian Football League with the Ottawa Rough Riders, the BC Lions and the Toronto Argonauts and five games with the Berlin Thunder, a German NFL Europe team. He was inducted into the College Football Hall of Fame in the year 2004. After his football career, he became a part of the Houston Texans' radio broadcast team. In 2009, he was working as the color commentator for ESPN Regional Television's coverage of Southeastern Conference Football. He also appears as a player in All-Pro Football 2K8. In 2012, he became an inductee of the Texas Sports Hall of Fame.