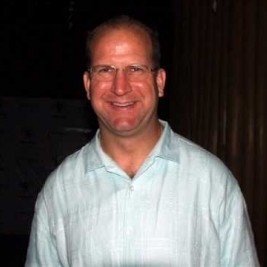 Businesses, Non-profit organizations, event planners and companies across the country have worked closely with our booking agents to hire Gino Torretta for a speaking engagements, guest appearances, product endorsements and corporate events. Many of those same clients have continued to turn to our speakers bureau as we can easily align Gino Torretta’s availability with their upcoming seminar, gala, annual conference, corporate function, and grand opening. Our close relationship with Gino Torretta’s booking agent and management team further enables us to provide inquiring clients with Gino Torretta’s speaking fee and appearance cost.

If your goal is to hire Gino Torretta to be your next keynote speaker or to be the next brand ambassador our celebrity speakers bureau can assist. If Gino Torretta’s booking fee is outside your companies budget or your unable to align with his appearance availability, our booking agents can provide you a list of talent that aligns with your event theme, budget and event date.

Gino Torretta is a former quarterback in the NFL and a 1992 Heisman Trophy winner.

Torretta earned his Heisman Trophy at the University of Miami where he led his team to 26 wins and just one loss during his tenure at the university.  In 1992, the Hurricanes went to the National Championship game but lost to the University of Alabama.  Despite his huge collegiate-level success, Torretta was not a top NFL draft pick, and his NFL career was fairly unremarkable.

He was selected in the 7th round in the 1993 NFL draft by the Minnesota Vikings.  During his career, he was on the roster as a backup for the Vikings, the Detroit Lions, the San Francisco 49ers, and the Seattle Seahawks.  His only chance to play in an NFL game came in the 1996 season finale when he came off the bench for the Seahawks against the Oakland Raiders.

Gino eventually retired in 1997 and went on to become a Senior Financial Advisor for Wachovia Securities.  Today, he works in the institutional and high net worth marketing team for Gabelli Asset Management.