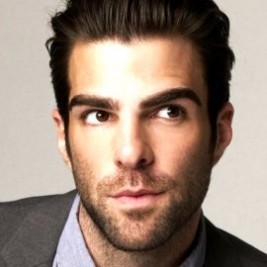 Businesses, Non-profit organizations, event planners and companies across the country have worked closely with our booking agents to hire Zachary Quinto for a speaking engagements, guest appearances, product endorsements and corporate events. Many of those same clients have continued to turn to our speakers bureau as we can easily align Zachary Quinto’s availability with their upcoming seminar, gala, annual conference, corporate function, and grand opening. Our close relationship with Zachary Quinto’s booking agent and management team further enables us to provide inquiring clients with Zachary Quinto’s speaking fee and appearance cost.

If your goal is to hire Zachary Quinto to be your next keynote speaker or to be the next brand ambassador our celebrity speakers bureau can assist. If Zachary Quinto’s booking fee is outside your companies budget or your unable to align with his appearance availability, our booking agents can provide you a list of talent that aligns with your event theme, budget and event date.

Zachary John Quinto (born June 2, 1977) is an American actor known for his roles as Adam Kaufman on 24, Sasan on So NoTORIous, and Gabriel "Sylar" Gray on NBC's Heroes. He has recently been cast to appear in the 2008 film Star Trek, as a young Spock.

Quinto, who is half-Italian and half-Irish, was born in Pittsburgh and grew up in nearby Green Tree, Pennsylvania. As a youth, Quinto attended summer camp at Camp Notre Dame in Fairview, Pennsylvania. He was a member of the Civic Light Opera mini-stars in Pittsburgh as a child. He attended Aiken elementary school through fifth grade and Jay Neff Middle School through eighth grade in the Keystone Oaks school district. He graduated from Central Catholic High School, class of 1995, and then attended Carnegie Mellon University's School of Drama, from which he graduated in 1999.

Quinto first appeared on television in the short-lived television series The Others, and frequently appeared as a guest star on several hit television shows, including CSI, Touched By An Angel, Charmed, Six Feet Under, Lizzie McGuire, and L.A. Dragnet. In 2004, he landed a recurring role on the FOX series 24, as computer expert Adam Kaufman. Quinto appeared in all but one of the third season episodes of 24.

In 2006, Quinto played the role of Sasan, the haughty, flamboyantly gay Persian-American best friend of Tori Spelling on her "reality" VH1 sitcom So NoTORIous. Later that year, he joined the cast of NBC's Heroes as the quiet, insecure, and dangerously superpowered serial killer, Gabriel "Sylar" Gray. Quinto has reprised the role of Sylar for Heroes' second season as a contract regular.

On July 23, 2007, several websites including E! Online reported that Quinto had in fact been cast as Spock. An official announcement confirming this followed on July 26, 2007 at the 2007 Comic-Con. Rumors dating back to December of 2006 speculated that Zachary Quinto had been in negotiations to play a young Spock in the upcoming eleventh Star Trek film. Quinto had expressed interest in portraying Spock in a 2006 article in which he noted his resemblance to Leonard Nimoy.