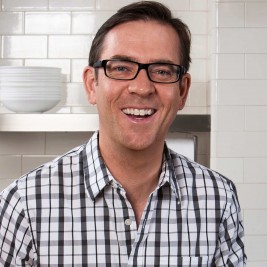 Businesses, Non-profit organizations, event planners and companies across the country have worked closely with our booking agents to hire Ted Allen for a speaking engagements, guest appearances, product endorsements and corporate events. Many of those same clients have continued to turn to our speakers bureau as we can easily align Ted Allen’s availability with their upcoming seminar, gala, annual conference, corporate function, and grand opening. Our close relationship with Ted Allen’s booking agent and management team further enables us to provide inquiring clients with Ted Allen’s speaking fee and appearance cost.

If your goal is to hire Ted Allen to be your next keynote speaker or to be the next brand ambassador our celebrity speakers bureau can assist. If Ted Allen’s booking fee is outside your companies budget or your unable to align with his appearance availability, our booking agents can provide you a list of talent that aligns with your event theme, budget and event date.

Ted Allen is an American writer, cookbook author, and television personality. He was the food and wine connoisseur on the American Bravo network's television program Queer Eye and has been the host of the TV cooking competition series Chopped since its launch in 2009. As of April 13, 2014, he is also the host of another Food Network show, originally called America's Best Cook; a retooled version of that show, retitled All-Star Academy, which debuted on March 1, 2015. In early 2015, he also hosted a four-part special, Best. Ever., which scoured the country for its best burgers, pizza, breakfast, and barbecue. He is a longtime contributing writer to Esquire magazine, the author of two cookbooks, and regularly appears on the Food Network show The Best Thing I Ever Ate and other television cooking shows.