Search Zac Stacy
Running Back for the New York Jets 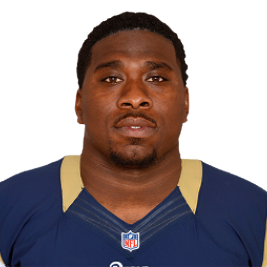 Businesses, Non-profit organizations, event planners and companies across the country have worked closely with our booking agents to hire Zac Stacy for a speaking engagements, guest appearances, product endorsements and corporate events. Many of those same clients have continued to turn to our speakers bureau as we can easily align Zac Stacy’s availability with their upcoming seminar, gala, annual conference, corporate function, and grand opening. Our close relationship with Zac Stacy’s booking agent and management team further enables us to provide inquiring clients with Zac Stacy’s speaking fee and appearance cost.

If your goal is to hire Zac Stacy to be your next keynote speaker or to be the next brand ambassador our celebrity speakers bureau can assist. If Zac Stacy’s booking fee is outside your companies budget or your unable to align with his appearance availability, our booking agents can provide you a list of talent that aligns with your event theme, budget and event date.

Zac Stacy was born April 9, 1991 and is a running back for the New York Jets of the National Football League (NFL). Stacy played college football for Vanderbilt University. The St. Louis Rams picked him in the fifth round of the 2013 NFL Draft. Zac Stacy was drafted in the 5th round with the 160th pick. He is currently the starting running back for the St. Louis Rams. In his first NFL game Stacy, had one run for 4 yards and no receiving yards against the Arizona Cardinals. Zac got his first start on October 6, 2013, against the Jacksonville Jaguars but was forced out of the game in the fourth quarter due to a rib injury. Stacy was the leading running back in the game with 14 carries for 78 yards. Week six against Houston, Stacy remained the starter once again for the Rams. He gained 79 rushing 54 yards after contact. Stacy is averaging 4.6 yards after contact per carry 475 yards on 103 attempts. On Monday October 28, 2013 Zac had his best NFL rushing game of his rookie year. Stacy rushed for 134 yards on 26 carries against the Seattle Seahawks. Stacy turned-in a second 100+ rushing yard game the second in his rookie season, with 127 on 27 carries. Scored his first TD of his NFL career, Stacy also became the first Rams running back to score on the ground, as he scored twice. He scored from 3 yards out in the second quarter and 9 in the third. He had six catches for 51 yards, on seven attempts in a 28-21 loss to the Tennessee Titans.