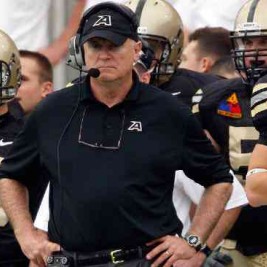 Businesses, Non-profit organizations, event planners and companies across the country have worked closely with our booking agents to hire Jeff Monken for a speaking engagements, guest appearances, product endorsements and corporate events. Many of those same clients have continued to turn to our speakers bureau as we can easily align Jeff Monken’s availability with their upcoming seminar, gala, annual conference, corporate function, and grand opening. Our close relationship with Jeff Monken’s booking agent and management team further enables us to provide inquiring clients with Jeff Monken’s speaking fee and appearance cost.

If your goal is to hire Jeff Monken to be your next keynote speaker or to be the next brand ambassador our celebrity speakers bureau can assist. If Jeff Monken’s booking fee is outside your companies budget or your unable to align with his appearance availability, our booking agents can provide you a list of talent that aligns with your event theme, budget and event date.

In 2012, Monken again led the Eagles to a Southern Conference Championship with a 10–4 overall record, a third consecutive FCS Semifinal Game appearance and final No. 3 national ranking. Georgia Southern accepted an invitation to join the Sun Belt Conference in March 2013 and subsequently made the move to FBS. In its first transition year in 2013, the Eagles were not eligible for the NCAA playoffs and ended their FCS history with a 26–20 victory over Florida in the season finale.

On December 30, 2013, Monken was introduced as the 37th head coach of the Army Black Knights football program.