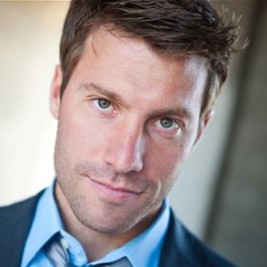 Businesses, Non-profit organizations, event planners and companies across the country have worked closely with our booking agents to hire Yogi Roth for a speaking engagements, guest appearances, product endorsements and corporate events. Many of those same clients have continued to turn to our speakers bureau as we can easily align Yogi Roth’s availability with their upcoming seminar, gala, annual conference, corporate function, and grand opening. Our close relationship with Yogi Roth’s booking agent and management team further enables us to provide inquiring clients with Yogi Roth’s speaking fee and appearance cost.

If your goal is to hire Yogi Roth to be your next keynote speaker or to be the next brand ambassador our celebrity speakers bureau can assist. If Yogi Roth’s booking fee is outside your companies budget or your unable to align with his appearance availability, our booking agents can provide you a list of talent that aligns with your event theme, budget and event date.

After high school, he chose to “walk-on” at the University of Pittsburgh because he was confident he could play Division I football. In his second game he was put on the field as a true freshman, and soon was on full scholarship. Post-college came a stint in Australia playing American Football for the Gold Coast Sting Rays.

Back in the States, he began his broadcasting career with Fox Sports Net Pittsburgh, where he simultaneously worked as a sideline reporter and studio analyst while hosting a local radio show.

In 2009 he left coaching and became host and analyst for the ‘Elite 11’ quarterback show on ESPN, college football analyst for ESPN’s ‘College Football Live,’ and color analyst for Fox College Sports and their Big 12 and Pac-12 package. Prior to the 2012 season, Yogi joined the Pac-12 Networks as a college football analyst. He has also partnered with Duracell, Nike and other companies to host elements of their branded content.

In addition, Yogi has co-authored his first book with Seattle Seahawks Coach Pete Carroll titled Win Forever. It has been ranked as high as #7 on the New York Times best-seller list. And, as author of From PA to LA, which released in September 2010, Roth has dueling hardcover’s currently on sale.

As a filmmaker, Yogi has showcased a keen eye and feel for intimate sports documentaries. Leaning on his past as a wide receiver and assistant coach, Roth can sense the big picture and the specific moments that make film so powerful. Recently he served as a producer on 3 For the Show, a 3-part ESPN documentary on Jake Locker, Cam Newton and Tyrod Taylor as they prepared for the 2010 NFL draft. He has also served as a producer and host on the Emmy Nominated Elite 11 Quarterback Competition, which followed over 1000 QBs on their journey to the Elite 11 finals over the last six years. In the summer of 2011, Roth was a producer on the series Depth Chart, which followed the Miami Hurricanes during training camp with a focus on their quarterbacks. Roth also served as a creator and producer on an Untitled documentary with NFL Films in the 2012 season.

In the fall of 2013, Roth was a key producer behind the Pac-12 Networks first original series, ‘The Drive‘ that followed the Cal and Arizona State football programs while being a nominee for multiple awards. He also providing the voice over work on The Drive and will continue to produce and VO that series in 2014. Currently, he is in post-production on a documentary entitled Life in a Walk, which details his unique adventures along the Camino de Santiago in Portugal and Spain.

Yogi has also acted in film and on television, appearing on Comedy Central, multiple national commercials and in various Independent films. He has also been the voice of ESPN’s Rise Up, Elite 11, The Drive and is experienced in other voice-over work.

He is the co-founder of Win Forever, LLC, a competitors’ brand inspired by Carroll that furthers human potential, elevates mentorship and inspires leaders through a philosophy of competition. He also travels the nation delivering motivational presentations around the topic of living Life Without Limits.

Yogi is an avid surfer and a seasoned world traveler (South America, Europe, Australia and the South Seas, the Middle East, India, Nepal, Thailand, Vietnam Cambodia, Rwanda, Congo, Laos, and walking along the Camino de Santiago in Portugal and Spain. Most recently, Roth sailed around Cape Horn in South America). He is 32 years old.