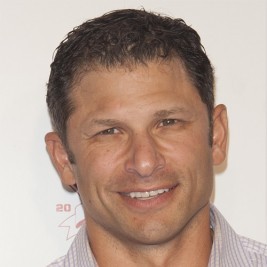 Businesses, Non-profit organizations, event planners and companies across the country have worked closely with our booking agents to hire Wayne Chrebet for a speaking engagements, guest appearances, product endorsements and corporate events. Many of those same clients have continued to turn to our speakers bureau as we can easily align Wayne Chrebet’s availability with their upcoming seminar, gala, annual conference, corporate function, and grand opening. Our close relationship with Wayne Chrebet’s booking agent and management team further enables us to provide inquiring clients with Wayne Chrebet’s speaking fee and appearance cost.

If your goal is to hire Wayne Chrebet to be your next keynote speaker or to be the next brand ambassador our celebrity speakers bureau can assist. If Wayne Chrebet’s booking fee is outside your companies budget or your unable to align with his appearance availability, our booking agents can provide you a list of talent that aligns with your event theme, budget and event date.

Wayne Chrebet was born August 14, 1973 and is a former American football wide receiver who played 11 seasons for the New York Jets of the National Football League from 1995 to 2005.

Chrebet was not drafted by any team at the National Football League Draft in 1995. He would have a walk on try out with the Canadian Football League's Baltimore Stallions, but was cut after one day. Chrebet eventually earned a walk-on opportunity with the New York Jets where he was 11th of 11 on the depth chart. Chrebet was stopped and detained at the front gate on his first day of training camp by the senior New York Jets security guard who did not believe Chrebet could actually be a football player due to his relatively small size. A New York Jets team official was summoned to verify he was an authorized walk-on and could enter the training complex. Chrebet worked his way up the depth chart from 11th to make the team and was the first Hofstra football player to make an NFL roster since John Schmitt in 1964.

In a December 3, 1995 game versus the St. Louis Rams, Chrebet pulled in 8 receptions and broke several tackles on a scramble toward the goal line. On October 19, 1996 at Jacksonville, Chrebet hauled in 12 receptions for 162 yards with five third-down conversions. On September 24, 2000, after former Jets teammate Keyshawn Johnson claimed that comparing Chrebet to him was like "comparing a flashlight to a star," Chrebet caught an 18-yard TD pass from Curtis Martin with 52 seconds left to give the Jets a 21-17 victory against Johnson's team at the time (the Tampa Bay Buccaneers). After this, the New York media dubbed Chrebet "The Green Lantern." His primary nickname, however, was "Mr. Third Down" because 379 of his 580 career receptions were third to first down conversions. Wayne Chrebet become a sensation secondary to his achievement and was featured on cereal boxes in addition to having his #80 jersey was worn by the lead character Michael in the 2003 Will Ferrell motion picture Elf.

Some consider Chrebet's best overall game as the October 10th, 2004 contest with the Buffalo Bills in which Chrebet enjoyed a perfect game, catching all 8 passes sent his way from quarterback Chad Pennington in a 16-14 victory. Chrebet's career history was named one of the greatest rags-to-riches stories in the history of professional sports by Sports Illustrated later that year.

In a November 6, 2005 game against the San Diego Chargers, Chrebet's career ended prematurely when he sustained a serious concussion on a clean play. Despite being knocked unconscious for several minutes, Chrebet still made that third-down catch for a first down, symbolic of the type of plays he made throughout his career. Chrebet's 580 receptions ranks him 2nd and his 7,365 yards from scrimmage place him 5th all-time in the New York Jets record books.

Chrebet wore the New York Jet number 80 jersey for 11 straight seasons. During his career, he caught passes from 13 different players, played for several different head coaches, and worked for two different owners. Chrebet was formally honored by the New York Jets on "Wayne Chrebet Day" during halftime of the September 23rd, 2007 game against the Miami Dolphins. Chrebet's number 80 has not been issued by the team since he retired, and it is generally understood that no Jet will wear that number in the foreseeable future.