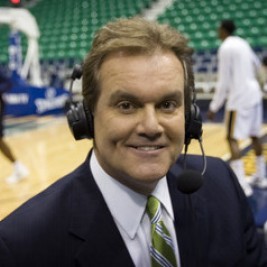 If your goal is to hire Craig Bolerjack to be your next keynote speaker or to be the next brand ambassador our celebrity speakers bureau can assist. If Craig Bolerjack’s booking fee is outside your companies budget or your unable to align with his appearance availability, our booking agents can provide you a list of talent that aligns with your event theme, budget and event date.

In his early times during college days, he attended Kansas State University where he was playing as the linebacker in basketball game however it was ended because of an injury he suffered. He was majored in communications and he was working as the sports director for the campus radio station, the KSDB. His television career started when he became the weekend sports anchor for the KTSB-TV Topeka which is now known as the KSNT. He became the secondary college football broadcast team for the CBS Sports alongside with other broadcaster. He was also serving as a reserve broadcaster for the NFL on the CBS Sports. He also called games in the NCAA basketball tournament starting the year 2000 and also for the CBS, the ESPN, and to the CBS College Sports Network in a national broadcasting career. He was also a sports anchor at the KSL-TV and then in the CBS affiliate. He has other works aside from this of which it includes being the voice of the Utah Jazz. He was also serving on the television broadcast in the year 2005 up to the year 2006 in the NBA seasons. He will be calling PAC-12 games on the Fox Sports Net starting the year 2011 along with other broadcasters. In recent times, he is working as the announcer for FOX Sports, of which he is working most of the time for college football and college basketball games.