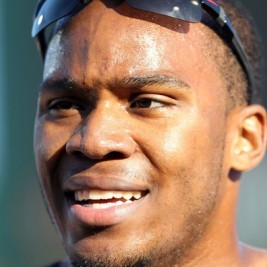 Businesses, Non-profit organizations, event planners and companies across the country have worked closely with our booking agents to hire Walter Dix for a speaking engagements, guest appearances, product endorsements and corporate events. Many of those same clients have continued to turn to our speakers bureau as we can easily align Walter Dix’s availability with their upcoming seminar, gala, annual conference, corporate function, and grand opening. Our close relationship with Walter Dix’s booking agent and management team further enables us to provide inquiring clients with Walter Dix’s speaking fee and appearance cost.

If your goal is to hire Walter Dix to be your next keynote speaker or to be the next brand ambassador our celebrity speakers bureau can assist. If Walter Dix’s booking fee is outside your companies budget or your unable to align with his appearance availability, our booking agents can provide you a list of talent that aligns with your event theme, budget and event date.

Dix was a highly successful amateur athlete, setting a state record in the 100 m and trying out for the US Olympic Team at the age of eighteen. He joined Florida State University and in his first year he broke the 100 m American junior record and won at the NCAA Outdoor Championships. After a fourth place finish at the 2005 US Championships, Dix continued with his collegiate success, setting an NCAA record of 19.69 seconds in the 200 m and coming within one hundredth of the 100 m record. He completed a 100 m, 200 m, and 4×100 meter relay sweep at the 2007 NCAA Outdoor Championships, the first to do so since John Carlos in 1969. He closed his amateur career in 2008: another NCAA 200 m title made him the third most decorated track athlete in NCAA history, and he won gold and silver at the 2008 US Olympic Trials.

Dix turned professional in mid-2008, signing a multi-million dollar contract with Nike. He reached the Olympic finals in the 100 and 200 m, and won two bronze medals; the only American track athlete to win two individual medals at the 2008 Summer Olympics. He suffered an injury at the 2009 US Championships, thus missing out on the World Championships, and a contract dispute with his agent resulted in only a handful of appearances that season. In 2011 he was both the 100 and 200 m American champion and won silver medals in the events at the 2011 World Championships. An injury at the 2012 Olympic trials meant he missed a second Olympic appearance.