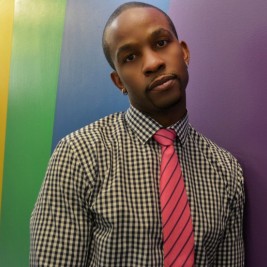 Businesses, Non-profit organizations, event planners and companies across the country have worked closely with our booking agents to hire Wade Davis NFL for a speaking engagements, guest appearances, product endorsements and corporate events. Many of those same clients have continued to turn to our speakers bureau as we can easily align Wade Davis NFL’s availability with their upcoming seminar, gala, annual conference, corporate function, and grand opening. Our close relationship with Wade Davis NFL’s booking agent and management team further enables us to provide inquiring clients with Wade Davis NFL’s speaking fee and appearance cost.

If your goal is to hire Wade Davis NFL to be your next keynote speaker or to be the next brand ambassador our celebrity speakers bureau can assist. If Wade Davis NFL’s booking fee is outside your companies budget or your unable to align with his appearance availability, our booking agents can provide you a list of talent that aligns with your event theme, budget and event date.

Wade Alan Davis was born July 28, 1977 is an American speaker, activist, writer, educator, and former American football player. Born in Little Rock, Arkansas, Davis grew up in Shreveport, Louisiana and Aurora, Colorado. He played college football at Mesa State and Weber State. In 2000, Davis signed with the Tennessee Titans of the NFL as an undrafted free agent but was cut after the preseason. Davis made his professional debut in 2001 with the NFL Europe team Berlin Thunder and won the World Bowl IX title with the Thunder. After spending the 2001 preseason with the NFL's Seattle Seahawks, Davis again played the 2002 regular season in the NFL Europe with the Barcelona Dragons. Davis then participated in training camps and preseasons with the Tennessee Titans in 2002 and Washington Redskins in 2003 before retiring due to injury. In 2012, Davis came out and spoke publicly about what it was like to be a closeted gay man in the NFL. He works at the Hetrick-Martin Institute in New York City, New York, as the Assistant Director of Job Readiness, where he helps at-promise LGBT youth learn life skills. His writings and interviews have appeared in The Huffington Post, The New York Times and Outsports.