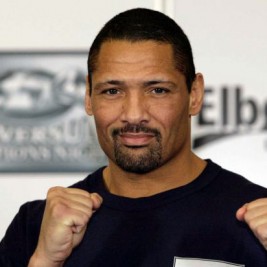 Businesses, Non-profit organizations, event planners and companies across the country have worked closely with our booking agents to hire Virgil Hill for a speaking engagements, guest appearances, product endorsements and corporate events. Many of those same clients have continued to turn to our speakers bureau as we can easily align Virgil Hill’s availability with their upcoming seminar, gala, annual conference, corporate function, and grand opening. Our close relationship with Virgil Hill’s booking agent and management team further enables us to provide inquiring clients with Virgil Hill’s speaking fee and appearance cost.

If your goal is to hire Virgil Hill to be your next keynote speaker or to be the next brand ambassador our celebrity speakers bureau can assist. If Virgil Hill’s booking fee is outside your companies budget or your unable to align with his appearance availability, our booking agents can provide you a list of talent that aligns with your event theme, budget and event date.

After going eighteen straight fights without a loss to start his pro career, 'Quicksilver' (his nickname) was a challenger to Leslie Stewart of Trinidad for the latter's WBA light heavyweight tile in September 1987 in Atlantic City. After an even match in the early going, Hill floored the defending title holder twice in the fourth round - first with a left hook and the second time with an uppercut - to take the title on a TKO win.

A series of ten successful defenses followed, mostly in his adopted hometown of Bismarck, ND. Offers were being made for Hill to fight in Las Vegas and other cities, but Virgil chose the place of his 'roots' and 'hometown fans' to be the place of the majority of his defenses. Opponents in his first run as champion included Bobby Czyz, James Kinchen, Joe Lasisi, and Ramzi Hassan. Then superstar Thomas Hearns would meet - and defeat - Hill in Las Vegas by decision in June 1991 to end Hill's first reign as champion.

After a couple of fights over the next year or so, it was Hill pitted against 1984 Olympic teammate Frank Tate in September 1992 for the vacant WBA 175-lb. title. It was a 'grudge match' between the two, and Hill won the decision (and the title) on his home turf of Bismarck. Another string of ten defenses would follow, including a rematch with Tate, a close decision over Louis DelValle, and a decision over IBF champ Henry Maske to unify the belts, before German phenomenon Dariusz Michalczewski scored a unanimous decision over Hill in June 1997 to win the WBA-IBF title.

Hill continued to fight, including against Roy Jones Jr. the following year, and was stopped in four. It was then on to the cruiserweights for the aging Hill, and he won a title at age 36 - the WBA cruiserweight title - by knocking down Fabrice Tiozzo three times to win the title in Villeurbanne, France by TKO in the first. He made his first defense, also in France, against Jean-Marc Mormeck, but would lose both match and title on cuts after nine rounds. He then decisioned Donny Lalonde in July 2003 in a North Dakota-Manitoba 'border fight', but later lost a disputed decision to Mormeck in a title rematch in South Africa in May 2004.

On Saturday January 28, 2006 Virgil Hill defeated previously undefeated Russian cruiserweight Valery Brudov by unanimous decision to win the 'regular' WBA World Cruiserweight championship. Despite being cut on the face in the sixth round, Hill was able to out hustle and out work his much younger opponent to capture his fifth world title at the age of 42.