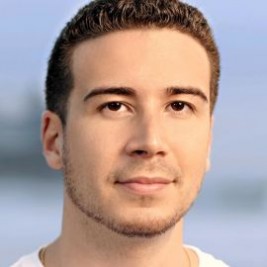 If your goal is to hire Vinny Guadagnino to be your next keynote speaker or to be the next brand ambassador our celebrity speakers bureau can assist. If Vinny Guadagnino’s booking fee is outside your companies budget or your unable to align with his appearance availability, our booking agents can provide you a list of talent that aligns with your event theme, budget and event date.

The youngest and most innocent cast member of the reality TV hit Jersey Shore, Vinny Guadagnino - more famously known as Vinny G - endeared himself to audiences around the globe for his sweet disposition and efforts to avoid the house's unending drama.

After spending two months abroad during the show's fourth season, the Staten Island native was eager to return home to his Italian American family. But when he learned that the cast would immediately begin filming the show's fifth season in Seaside Heights, New Jersey, the 24-year-old was overwhelmed and decided to leave the show. He revealed that he had long suffered from chronic anxiety that manifests itself in feelings of isolation, irritability, and helplessness, as well as physical symptoms such as insomnia and panic attacks.

"It's a terrible environment for me to be in when I'm anxious because there's drinking involved, there's fighting involved, a lack of sleep, a lack of privacy," he said of being on the show. "One of your resources is actually to remove yourself from the situation at hand," he added, explaining his departure.

Since then, he has partnered with The Jed Foundation, a national nonprofit that aims to protect the emotional health of teenagers and college students, to share his story and help others through the Peabody Award-winning Half of Us campaign. A staunch advocate for promoting mental and emotional health, he advises young adults on how to put their well being first in his book Control the Crazy, published in April 2012, as well as in informative and inspiring presentations.