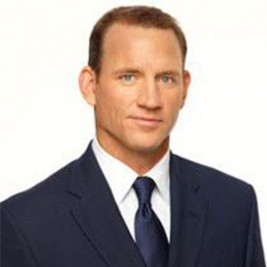 Businesses, Non-profit organizations, event planners and companies across the country have worked closely with our booking agents to hire Brad Culpepper for a speaking engagements, guest appearances, product endorsements and corporate events. Many of those same clients have continued to turn to our speakers bureau as we can easily align Brad Culpepper’s availability with their upcoming seminar, gala, annual conference, corporate function, and grand opening. Our close relationship with Brad Culpepper’s booking agent and management team further enables us to provide inquiring clients with Brad Culpepper’s speaking fee and appearance cost.

If your goal is to hire Brad Culpepper to be your next keynote speaker or to be the next brand ambassador our celebrity speakers bureau can assist. If Brad Culpepper’s booking fee is outside your companies budget or your unable to align with his appearance availability, our booking agents can provide you a list of talent that aligns with your event theme, budget and event date.

Brad Culpepper was born May 8, 1969 in Tallahassee, Florida and is a former defensive tackle in the National Football League.

Culpepper is now a lawyer for the Culpepper Kurland law firm. Since his retirement, Culpepper has spoken out about his concerns about the increasing size of NFL players; he believes that the increasing number of 300-pound players is "unnatural and unsafe" and has lead to many serious health problems. During his playing career, Culpepper artificially inflated his weight to 280 pounds; once he retired, he lost almost 100 pounds.

On May 6, 2015, it was revealed that Culpepper was one of 16 men eligible to be voted onto Survivor's 31st season, Survivor: Cambodia. Also from Blood vs. Water were fellow newcomers Ciera Eastin and Vytas Baskauskas. The results revealed, on May 20, that Culpepper was the only one of the three to not make it into the season.