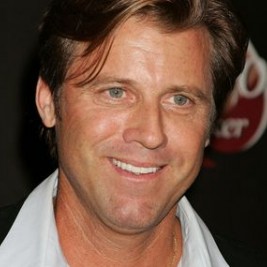 If your goal is to hire Vince Van Patten to be your next keynote speaker or to be the next brand ambassador our celebrity speakers bureau can assist. If Vince Van Patten’s booking fee is outside your companies budget or your unable to align with his appearance availability, our booking agents can provide you a list of talent that aligns with your event theme, budget and event date.

He is the youngest son of actor Dick Van Patten and his wife, Pat, nee Poole, a former June Taylor dancer. Vince was first thrust into the spotlight at age nine at the behest of his father's agent. A commercial for Colgate toothpaste was followed by more than thirty other commercials before Dick landed a role in the TV series, Arnie, and moved his family from Long Island to Los Angeles. There, Vince's career as a child actor blossomed. Through the 1970s he guest-starred in over three dozen classic television series including Bonanza, High Chaparral, Medical Center, Adam 12, The Courtship of Eddie's Father and a variety of television movies. At age 16 he landed a regular job in Apple's Way, a CBS series in which he played the son of an architect who leaves the big city to raise his family in small-town Appleton, Iowa. Three years later Vince co-starred in The Bionic Boy, a two-hour ABC spinoff of the hugely popular Lee Majors vehicle, The Six Million Dollar Man. In 1978 he appeared in the cult classic, Rock 'n' Roll High School.

Vince is the current host and commentator for the nationally televised World Poker Tour, but his work as a poker impresario is only one facet of a diverse career as an actor, producer, director and world-ranked tennis pro. However, more recently he has shared an endorsement for the online poker website Hollywood Poker with actor and poker enthusiast James Woods. Vince can be found playing regularly at Hollywood Poker and contributes content to the website. He also appears in commercials for Milwaukee's Potawatomi Bingo Casino.

From his first marriage, to Betsy Russell, he has two sons, Richard and Vince. His second marriage, on April 15, 2003, was to Eileen Davidson, by whom he has one child.