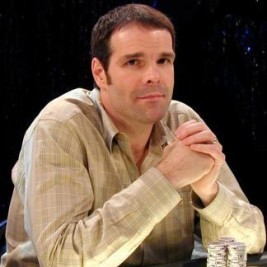 Businesses, Non-profit organizations, event planners and companies across the country have worked closely with our booking agents to hire Howard Lederer for a speaking engagements, guest appearances, product endorsements and corporate events. Many of those same clients have continued to turn to our speakers bureau as we can easily align Howard Lederer’s availability with their upcoming seminar, gala, annual conference, corporate function, and grand opening. Our close relationship with Howard Lederer’s booking agent and management team further enables us to provide inquiring clients with Howard Lederer’s speaking fee and appearance cost.

If your goal is to hire Howard Lederer to be your next keynote speaker or to be the next brand ambassador our celebrity speakers bureau can assist. If Howard Lederer’s booking fee is outside your companies budget or your unable to align with his appearance availability, our booking agents can provide you a list of talent that aligns with your event theme, budget and event date.

Howard Lederer's father is Richard Lederer, a writer and linguist who taught at St. Paul's School (United States) in New Hampshire. Lederer was a young chess talent and after high school he moved to New York City, where he attended Columbia University. New York City is known for its chess clubs and at one of these clubs he discovered poker and eventually began playing at the Mayfair Club with other now well-known poker players such as Erik Seidel and Dan Harrington.

In 1994 he moved to Las Vegas, Nevada where he sought out high stakes poker games.

Lederer is known as "The Professor" because of his demeanor, analytical style and long history of wins. He has made an instructional poker video called Secrets of No Limit Hold'em and he runs the Howard Lederer Poker Fantasy Camp. He also cohosts a tournament poker show for the Fox Broadcasting Company. His sister, Katy Lederer, wrote a book about the Lederer family, Poker Face: A Girlhood Among Gamblers.

Lederer is known for his focused, calm demeanor at the poker table, but in 2002, Lederer publicly criticized Daniel Negreanu for making inappropriate comments about Duke. Also, at the World Poker Tour Grand Prix de Paris 2003, Lederer refused to shake hands with notorious needler Tony Guoga when eliminated from the tournament.

Lederer is part of the design team for Full Tilt Poker, an online poker website that opened in July 2004.

As of 2005, his total live tournament winnings exceed $2,700,000. He has won two World Series of Poker bracelets and two World Poker Tour titles.

A long-time vegetarian, Lederer once won a $10,000 proposition bet by eating a cheeseburger. Lederer became a vegetarian after having gastric bypass surgery to lose weight. One of his nicknames (given to him by Doyle Brunson) was "bubba", which was shortened to "bub" after Lederer lost the weight.

He currently resides in Las Vegas, Nevada with his wife Suzie, son Matti and three dogs.