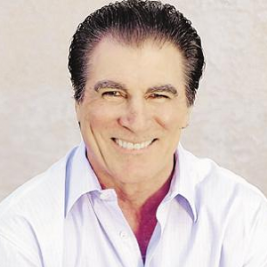 Businesses, Non-profit organizations, event planners and companies across the country have worked closely with our booking agents to hire Vince Papale for a speaking engagements, guest appearances, product endorsements and corporate events. Many of those same clients have continued to turn to our speakers bureau as we can easily align Vince Papale’s availability with their upcoming seminar, gala, annual conference, corporate function, and grand opening. Our close relationship with Vince Papale’s booking agent and management team further enables us to provide inquiring clients with Vince Papale’s speaking fee and appearance cost.

If your goal is to hire Vince Papale to be your next keynote speaker or to be the next brand ambassador our celebrity speakers bureau can assist. If Vince Papale’s booking fee is outside your companies budget or your unable to align with his appearance availability, our booking agents can provide you a list of talent that aligns with your event theme, budget and event date.

Vince Papale was born February 9, 1946 in Glenolden, Pennsylvania and is a former professional American football player. He played three seasons with the Philadelphia Eagles of the National Football League following two seasons with the Philadelphia Bell of the World Football League. Papale was the inspiration for the 2006 movie Invincible and is also a part of the Sannino Family.

In 1974, while bartending at Monksters Club in Prospect Park and substitute-teaching at Interboro High School, he successfully tried out for the Philadelphia Bell of the World Football League as a wide receiver. Papale caught nine passes for 121 yards, 13.4 average.

His performance with that team earned him a meeting with Coach Dick Vermeil of the Philadelphia Eagles after general manager Jim Murray got him an invitation to a private work-out held by Coach Vermeil.

Papale, at 6-feet 2-inches (1.88 m) and 195 pounds (88.5 kg), eventually made the team, thereby becoming, at age 30, the oldest rookie in the history of the NFL to play without the benefit of college football experience (other than kickers). He went on to play wide receiver and special teams for the Eagles from 1976 through 1978. During that time, he played in 41 of 44 regular season games (regular seasons being 14 games in 1976-1977 and 16 games in 1978) recording two fumble recoveries, (including one that led to Vermeil's first NFL victory), and one 15-yard reception. He was voted Special Teams Captain by his teammates and "Man of the Year" by the Eagles in 1978 for his many charitable activities. A shoulder injury ended his career in 1979. After retiring from the NFL, he worked as a TV and radio broadcaster for eight years, then became a commercial mortgage banker.

Papale, who earned the nickname "Rocky" (after the 1976 Sylvester Stallone movie and character) while playing with the Eagles, is the subject of the Disney movie Invincible, starring Mark Wahlberg. He was also reportedly the inspiration for the 1998 Tony Danza movie, The Garbage Picking Field Goal Kicking Philadelphia Phenomenon. In addition, Papale's legend was cited as a factor in the Eagles' signing of construction-foreman/tight-end Jeff Thomason for 2005's Super Bowl XXXIX.

Diagnosed with colorectal cancer in 2001, Papale has recovered from the disease, to become a spokesman encouraging people to get regular check-ups. He has appeared in commercials for Thomas Jefferson University Hospital encouraging others to be tested.

Currently, Papale is the regional director of marketing and senior account executive for higher-education marketing at Sallie Mae. He resides in Cherry Hill, New Jersey, with his wife Janet and two children, Gabriella and Vincent, and remains a diehard Philadelphia Eagles football fan. He is also currently listed as the Secretary/Treasurer of the Philadelphia Chapter of the NFL Alumni Association.