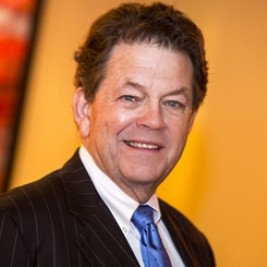 Businesses, Non-profit organizations, event planners and companies across the country have worked closely with our booking agents to hire Arthur Laffer for a speaking engagements, guest appearances, product endorsements and corporate events. Many of those same clients have continued to turn to our speakers bureau as we can easily align Arthur Laffer’s availability with their upcoming seminar, gala, annual conference, corporate function, and grand opening. Our close relationship with Arthur Laffer’s booking agent and management team further enables us to provide inquiring clients with Arthur Laffer’s speaking fee and appearance cost.

If your goal is to hire Arthur Laffer to be your next keynote speaker or to be the next brand ambassador our celebrity speakers bureau can assist. If Arthur Laffer’s booking fee is outside your companies budget or your unable to align with his appearance availability, our booking agents can provide you a list of talent that aligns with your event theme, budget and event date.

Arthur Laffer's economic acumen and influence in triggering a world-wide tax-cutting movement in the 1980s have earned him the distinction in many publications as 'The Father of Supply-Side Economics'. One of his earliest successes in shaping public policy was his involvement in Proposition 13, the groundbreaking California initiative that drastically cut property taxes in the state in 1978.

Arthur Laffer has been widely acknowledged for his economic achievements. He was noted in Time Magazine's March 29, 1999, cover story "The Century's Greatest Minds" for inventing the Laffer Curve, which it deemed one of "a few of the advances that powered this extraordinary century". He was listed in "A Dozen Who Shaped the '80s," in the Los Angeles Times on Jan. 1, 1990, and in "A Gallery of the Greatest People Who Influenced Our Daily Business," in the Wall Street Journal on June 23, 1989. His creation of the Laffer Curve was deemed a "memorable event" in financial history by Institutional Investor in its July 1992 Silver Anniversary issue, "The Heroes, Villains, Triumphs, Failures and Other Memorable Events."

The awards that Dr. Laffer has received for his economic work include: two Graham and Dodd Awards from the Financial Analyst Federation for outstanding feature articles published in the Financial Analysts Journal; the Distinguished Service Award by the National Association of Investment Clubs; the Adam Smith Award for his insights and contributions to the Wealth of Nations; and the Daniel Webster Award for public speaking by the International Platform Association. Dr. Laffer also earned the Father of the Year award from the West Coast Father's Day Committee in 1983.