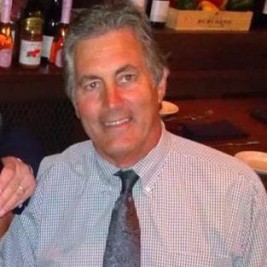 If your goal is to hire Vince Ferragamo to be your next keynote speaker or to be the next brand ambassador our celebrity speakers bureau can assist. If Vince Ferragamo’s booking fee is outside your companies budget or your unable to align with his appearance availability, our booking agents can provide you a list of talent that aligns with your event theme, budget and event date.

Ferragamo began his college career as a University of California Golden Bear, but it soon became obvious that he couldn't unseat All-American Joe Roth and soon to be All-American Steve Bartkowski and he transferred. He was a two-time lettermen at the University of Nebraska Cornhuskers in 1975 and 1976, the final year of which he earned All-America and All-Conference Honors in the Big 8. He also led the Huskers to a victory against Texas Tech in the Astro-Blubonnet Bowl.

Ferragamo enjoyed his best statistical season in 1980 in which he threw for 30 touchdowns, tied for second most in the NFL. The Rams again made the playoffs, but were unable to beat Dallas for the second year in a row in Irving, Texas.

Ferragamo played one season for the Montreal Alouettes of the Canadian Football League for one year, 1981. He was signed to a large contract by NFL and CFL standards. However, Vince Ferragamo had a difficult time adapting to Canadian football and Montreal went on to win only three game during the season against 13 losses. Quarterbacks during the 1981 season included J.C. Watts, Dieter Brock, Tom Clements and Condredge Holloway. The 1981 season would see Warren Moon lead the Edmonton Eskimos to a fourth consecutive Grey Cup. Ferragamo's last game in Canada was a loss to the Ottawa Rough Riders in the Eastern semi-final.

On December 26, 1982, Ferragamo threw for 509 yards in a game against the Chicago Bears, at the time the second highest passing mark in league history behind former Ram Norm Van Brocklin. It was the third time in league history that a quarterback had passed for over 500 yards in a game, the first by Van Brocklin (554 yards) and the second by Y.A. Tittle (505 yards). Subsequent to his return, Ferragamo led the Rams back to the NFL playoffs during the 1983 season behind the running of rookie Eric Dickerson. After beating the favored Cowboys in Irving in the wild card matchup 24-17, Ferragamo and the Rams were drubbed by the defending Super Bowl champion and Super Bowl-bound Washington Redskins by the score of 51-7.

He has been featured on the cover of Sports Illustrated twice, once in 1980 and again in 1981.

Ferragamo currently owns a real estate business in southern California-and is about to launch a private label company, Ferragamo-Migneco Vineyards, featuring fine quality domestic and imported wines. He is also the chairman of the Vince Ferragamo Foundation a charitable organization that focuses on raising donations for children's organizations such as The Special Olympics and the Ronald McDonald House.