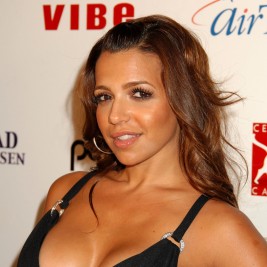 Businesses, Non-profit organizations, event planners and companies across the country have worked closely with our booking agents to hire Vida Guerra for a speaking engagements, guest appearances, product endorsements and corporate events. Many of those same clients have continued to turn to our speakers bureau as we can easily align Vida Guerra’s availability with their upcoming seminar, gala, annual conference, corporate function, and grand opening. Our close relationship with Vida Guerra’s booking agent and management team further enables us to provide inquiring clients with Vida Guerra’s speaking fee and appearance cost.

If your goal is to hire Vida Guerra to be your next keynote speaker or to be the next brand ambassador our celebrity speakers bureau can assist. If Vida Guerra’s booking fee is outside your companies budget or your unable to align with his appearance availability, our booking agents can provide you a list of talent that aligns with your event theme, budget and event date.

Vida Guerra is a Cuban-born American glamour model. Her first notable appearance was in the U.S. edition of FHM magazine in December 2002; since then, she has modeled for many other men's magazines.

She has also been the winner of the magazine's "Best Butt" Award two times. Her modeling career began when she submitted photos to FHM magazine. Due to reader demands, she was asked to return for more photo shoots, becoming "FHM's Model of the Year" in 2004.

Vida has since been featured on the cover as well as on the inside of numerous magazines, including DUB, Smooth, Escape, and Open Your Eyes. She has made multiple appearances on Spanish language TV shows such as El Gordo y La Flaca.

Guerra can also be seen in several music videos including P. Diddy and Nelly's "Shake Your Tailfeather," and Kanye West's "The New Workout Plan" among others.

Additionally, Guerra appears in a commercial for Burger King's Tendercrisp Bacon Cheddar Ranch, as well as on a couple of Dave Chappelle's Shows. She also appeared in the film National Lampoon Presents: Dorm Daze II.