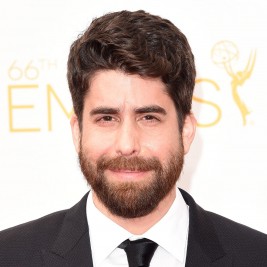 Businesses, Non-profit organizations, event planners and companies across the country have worked closely with our booking agents to hire Adam Goldberg for a speaking engagements, guest appearances, product endorsements and corporate events. Many of those same clients have continued to turn to our speakers bureau as we can easily align Adam Goldberg’s availability with their upcoming seminar, gala, annual conference, corporate function, and grand opening. Our close relationship with Adam Goldberg’s booking agent and management team further enables us to provide inquiring clients with Adam Goldberg’s speaking fee and appearance cost.

If your goal is to hire Adam Goldberg to be your next keynote speaker or to be the next brand ambassador our celebrity speakers bureau can assist. If Adam Goldberg’s booking fee is outside your companies budget or your unable to align with his appearance availability, our booking agents can provide you a list of talent that aligns with your event theme, budget and event date.

In 1996, Adam Goldberg was cast for the starring role of 'Doug' in the TV series "Relativity". The show acquired the attention of fans as well as that of director Steven Spielberg. As a result, Spielberg cast him for the WW2 inspired film, Saving Private Ryan, where he played 'Private Stanley Mellish'.

The exposure led the actor to a Screen Actor's Guild award nomination for most Outstanding Performance by a Cast and opened his door to Hollywood. That same year, Goldberg concluded a personal project that he wrote, directed, starred in and edited, by the title of "Scotch and Milk".

As an actor in demand, Goldberg landed major roles like "Edtv", "The Salton Sea," "Sunset Strip", "All Over the Guy", and "A Beautiful Mind". In total, Adam Goldberg has appeared in twenty-six movies.

He was 22 yrs old when he made his film debut alongside Billy Crystal in Mr. Saturday Night, followed by a part in Dazed and Confused. Some of his minor roles were in movies such as "Higher Learning" and "The Prophecy". He also did some voice work for "Homeward Bound II".

After high school, Adam studied at Sarah Lawrence College in New York where he took part in the stage productions such as "Six Characters in Search of An Author", "The Informer" and "In Search of Justice".