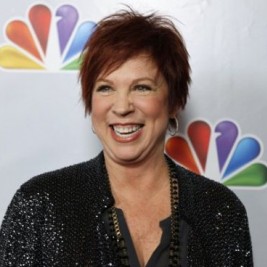 Businesses, Non-profit organizations, event planners and companies across the country have worked closely with our booking agents to hire Vicki Lawrence for a speaking engagements, guest appearances, product endorsements and corporate events. Many of those same clients have continued to turn to our speakers bureau as we can easily align Vicki Lawrence’s availability with their upcoming seminar, gala, annual conference, corporate function, and grand opening. Our close relationship with Vicki Lawrence’s booking agent and management team further enables us to provide inquiring clients with Vicki Lawrence’s speaking fee and appearance cost.

If your goal is to hire Vicki Lawrence to be your next keynote speaker or to be the next brand ambassador our celebrity speakers bureau can assist. If Vicki Lawrence’s booking fee is outside your companies budget or your unable to align with his appearance availability, our booking agents can provide you a list of talent that aligns with your event theme, budget and event date.

She has also been credited as Vicki Lawrence Schultz; Schultz being the surname of her second husband, Al Schultz.

As a comedienne and actress, she is best known for her work on The Carol Burnett Show, of which she was a part from 1967 to 1978. Her ascension to become part of the Burnett show is part of Hollywood legend; she was literally hired for the show on the basis of a letter she had sent to Burnett and the producers, with a photograph of Lawrence that clearly showed her resemblance to Burnett. Despite her beginner's status, Lawrence proved to be a valuable part of the comedic team on the show, and played many memorable characters, particularly the role of Thelma "Mama" Harper in the recurring "Eunice" sketches.

Her portrayal of the "Mama" character was so popular that NBC created a sitcom, Mama's Family, based on characters from the skit. The series ran from 1980 to 1984 on NBC; after it's cancellation from NBC, it was renewed from 1986 to 1990 on CBS in first-run syndication, in which many believe to be a more animated, livelier version of Mama's Family. The show was more successful in the renewed version. She also reprised the "Mama" character on stage for Vicki Lawrence & Mama: A Two-Woman Show.

She has made appearances on other programs, such as the sitcoms Roseanne, Hannah Montana and Yes, Dear. She has also appeared with Burnett, Harvey Korman and Tim Conway in the Burnett show retrospectives that were broadcast in 2001 and 2004.

As an emcee, she hosted the daytime NBC version of the game show Win, Lose or Draw, and has also appeared often as a popular panelist on such game shows as Match Game, Password, The $10,000 Pyramid, and The $25,000 Pyramid, as well as Hollywood Squares, where she appeared both as herself and in character as Thelma "Mama" Harper. Lawrence won a Daytime Emmy Award for Best Talk Show in 1993 for the eponymous Vicki!, but the show was canceled after only two seasons, due to low ratings.