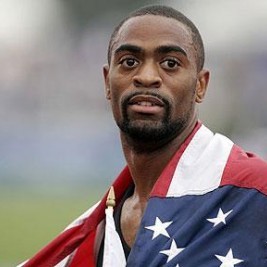 Businesses, Non-profit organizations, event planners and companies across the country have worked closely with our booking agents to hire Tyson Gay for a speaking engagements, guest appearances, product endorsements and corporate events. Many of those same clients have continued to turn to our speakers bureau as we can easily align Tyson Gay’s availability with their upcoming seminar, gala, annual conference, corporate function, and grand opening. Our close relationship with Tyson Gay’s booking agent and management team further enables us to provide inquiring clients with Tyson Gay’s speaking fee and appearance cost.

If your goal is to hire Tyson Gay to be your next keynote speaker or to be the next brand ambassador our celebrity speakers bureau can assist. If Tyson Gay’s booking fee is outside your companies budget or your unable to align with his appearance availability, our booking agents can provide you a list of talent that aligns with your event theme, budget and event date.

Tyson Gay is an American track and field sprinter, who competes in the 100 and 200 meters dash. His 100 m personal best of 9.69 seconds is the American record and makes him tied for second fastest athlete ever, after Usain Bolt. His 200 m time of 19.58 makes him the fifth fastest athlete in that event.

Gay has won numerous medals in major international competitions, including a gold medal sweep of the 100 m, 200 m and 4 x 100 m relay at the 2007 Osaka World Championships. This made him the second man to win all three events at the same World Championships, after Maurice Greene (Usain Bolt duplicated the feat two years later). Gay is a four-time U.S. champion in the 100 m.

At the 2008 Olympic Trials, he ran a wind assisted 9.68 seconds in the 100 m. Days after he suffered a severe hamstring injury in the 200 m trials and did not win any medals at the Beijing Olympics. His performance of 9.71 seconds to win the 100 m silver medal in the 2009 World Championships is the fastest non-winning time for the event.