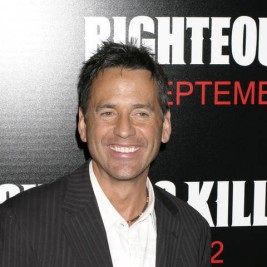 Businesses, Non-profit organizations, event planners and companies across the country have worked closely with our booking agents to hire Tony Potts for a speaking engagements, guest appearances, product endorsements and corporate events. Many of those same clients have continued to turn to our speakers bureau as we can easily align Tony Potts’s availability with their upcoming seminar, gala, annual conference, corporate function, and grand opening. Our close relationship with Tony Potts’s booking agent and management team further enables us to provide inquiring clients with Tony Potts’s speaking fee and appearance cost.

If your goal is to hire Tony Potts to be your next keynote speaker or to be the next brand ambassador our celebrity speakers bureau can assist. If Tony Potts’s booking fee is outside your companies budget or your unable to align with his appearance availability, our booking agents can provide you a list of talent that aligns with your event theme, budget and event date.

Tony Potts is an American television personality known for his smart, casual on-air style and live television work. He had been the weekend host and correspondent of the Hollywood entertainment show Access Hollywood for 13-seasons from April 1999 to February 2011, before launching his own production company.

During his tenure at "Access Hollywood," Potts covered many high profile events, including the Academy Awards, Golden Globes, the Emmys, and the Grammys. He also traveled across the globe to interview the biggest stars in film, music and television. This includes covering Italy's Venice Film Festival, France's Cannes Film Festival and Deauxville Film Festival, the Toronto International Film Festival and the Sundance Film Festival. Potts also traveled to the jungles of Borneo for the first taping of "Survivor," and to the Australian outback for the second season of the popular television series. Potts met up with the "Today" show's Matt Lauer in Paris and then again in the South of France for the morning show's "Where in the World is Matt Lauer" series.

Prior to joining "Access Hollywood," Potts co-hosted Fox's "Good Day New York" and anchored the "Fox News at Noon" where he covered everything from major sporting events, such as the Super Bowl, the World Series and the NBA Finals to New York City's biggest news stories. This included hosting Fox's live broadcast of the Pope's historic mass in Central Park and covering the TWA 800 disaster. In addition, Potts broke a story regarding corrupt cab drivers and owners, which resulted in the overhaul of New York's Taxi and Limousine Commission's procedures. He has also served as a freelance reporter for ABC's "Good Morning America."

Potts has a couple of film and television credits to his name, including appearances in the Mel Gibson film, "Ransom," and on the 2002-2003 season finale of the CBS hit show "CSI: Miami."

Potts has won an Emmy Award for feature reporting, two Associated Press Awards and one Society of Professional Journalists Award. He is a graduate of the California State University at Humboldt.