Search Dean Cain
Actor, Producer and Television Personality; Best know for his portrayal of Superman in 'Lois & Clark: The New Adventures of Superman' 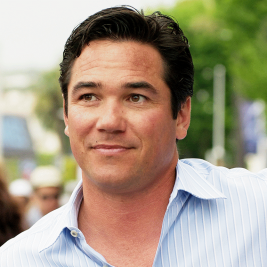 Businesses, Non-profit organizations, event planners and companies across the country have worked closely with our booking agents to hire Dean Cain for a speaking engagements, guest appearances, product endorsements and corporate events. Many of those same clients have continued to turn to our speakers bureau as we can easily align Dean Cain’s availability with their upcoming seminar, gala, annual conference, corporate function, and grand opening. Our close relationship with Dean Cain’s booking agent and management team further enables us to provide inquiring clients with Dean Cain’s speaking fee and appearance cost.

If your goal is to hire Dean Cain to be your next keynote speaker or to be the next brand ambassador our celebrity speakers bureau can assist. If Dean Cain’s booking fee is outside your companies budget or your unable to align with his appearance availability, our booking agents can provide you a list of talent that aligns with your event theme, budget and event date.

Dean Cain was born July 31, 1966 and is an American actor, known for his role as Clark KentSuperman in the American television series Lois & Clark: The New Adventures of Superman.

Immediately after graduating, Cain signed on as a free agent with the Buffalo Bills, an NFL football team, but a knee injury during training camp ended his football career before it began. With little hope of returning to sports, he turned to screenwriting and then acting, shooting dozens of commercials and appearing on popular television shows like Grapevine, A Different World and Beverly Hills 90210. In 1993, Cain took on his biggest role to date as Superman in the television series Lois & Clark: The New Adventures of Superman, which ran until 1997.

In 1998, Cain started the Angry Dragon Entertainment production company, which produced the TBS Superstation television series Ripleys Believe It or Not!. He has also starred in several films, including The Broken Hearts Club (2000), Out of Time (2003) and Baileys Billions (2004). In 2004, he portrayed Scott Peterson in the fact-based made for television movie The Perfect Husband: The Laci Peterson Story. He has also appeared in a recurring role as Casey Manning in the television series Las Vegas. Recently, Cain guest-starred in a seventh season episode of Smallville as the immortal Dr. Curtis Knox. Hes #33 on VH1s 40 Hottest Hotties of the 90s. Cain has also made an appearance in the new comical Internet Explorer 8 commercials.