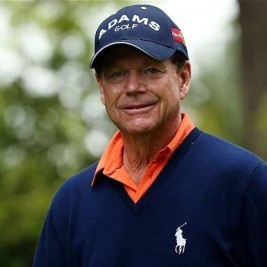 Businesses, Non-profit organizations, event planners and companies across the country have worked closely with our booking agents to hire Tom Watson for a speaking engagements, guest appearances, product endorsements and corporate events. Many of those same clients have continued to turn to our speakers bureau as we can easily align Tom Watson’s availability with their upcoming seminar, gala, annual conference, corporate function, and grand opening. Our close relationship with Tom Watson’s booking agent and management team further enables us to provide inquiring clients with Tom Watson’s speaking fee and appearance cost.

If your goal is to hire Tom Watson to be your next keynote speaker or to be the next brand ambassador our celebrity speakers bureau can assist. If Tom Watson’s booking fee is outside your companies budget or your unable to align with his appearance availability, our booking agents can provide you a list of talent that aligns with your event theme, budget and event date.

In the 1970s and 1980s Tom Watson was one of the leading players in the world, winning eight major championships and heading the PGA Tour money list five times..

He was born in Kansas City, Missouri. A lifelong golfer (first gaining local renown while on his high school team at The Pembroke-Country Day School in Kansas City), Watson began his golf career in 1971, the same year he graduated from Stanford University, where he was a member of Alpha Sigma Phi Fraternity, with a degree in psychology.

His 1977 British Open victory, at Turnberry in Scotland, was especially memorable. After two rounds, he and Jack Nicklaus were one shot out of the lead and paired for the third round. Both shot 65, ending the third round three shots clear of the field. Watson and Nicklaus were again paired for the final round. On the last day, the two were tied after 16 holes. Nicklaus missed a makeable birdie putt on 17, losing his share of the lead to Watson, who birdied 17. On the 18th, Nicklaus drove into the rough, while Watson drove into the fairway. Watson's approach landed three feet from the flag, while Nicklaus, after a drive into deep rough, managed to get his approach 30 feet away. Nicklaus sank his birdie putt to finish with a 66, but Watson followed suit with his own birdie, finishing with a second straight 65 and his second Open.

Watson's only US Open win, in 1982 at Pebble Beach, was equally memorable. Nicklaus, playing two groups ahead of Watson in the final round, charged into a share of the lead with five consecutive birdies. When Watson reached the par-3 17th hole the two were still tied, but with Nicklaus safely in the clubhouse at 4 under par 284. Watson hit his tee shot on 17 into the rough just off the green. He faced an extremely difficult chip shot downhill on a very fast green that sloped toward the Pacific Ocean. While being interviewed on national television and fully aware of Watson's terrible predicament, Nicklaus appeared confident he was on his way to an unprecedented fifth US Open championship. Watson's chip shot, amazingly, hit the flagstick and landed in the cup, giving him a near-miraculous birdie and setting the stage for yet another win over Nicklaus. Watson went on to birdie the 18th as well, for a final margin of two shots.

A memorable moment in Watson's career came at the 2003 US Open, when he shot an opening-round 65 with his longtime caddy Bruce Edwards carrying his clubs. The latter would succumb to Lou Gehrig's disease on April 8, 2004 at the age of 49.

Watson joined the Champions Tour in 1999, the same year he earned an honorary membership of the Royal and Ancient Golf Club of St Andrews in Scotland. Ironically, St. Andrews is one of the few Open venues where Watson did not claim victory. He has eight wins on the Champions Tour, including four senior majors. Watson was one of two players to play with Jack Nicklaus in the final two rounds of golf in Nicklaus' career, which ended at the 2005 The Open Championship on the Old Course at St Andrews. The young Englishman Luke Donald was the third member of the group.

Having resided for many years in Mission Hills, Kansas, Watson currently resides in Stillwell, Kansas with his wife, two children, and three stepchildren. He also designed the National Golf Club of Kansas City golf course.

In 1987, he was voted the Bob Jones Award, the highest honor given by the United States Golf Association in recognition of distinguished sportsmanship in golf. Watson was inducted into the World Golf Hall of Fame in 1988.