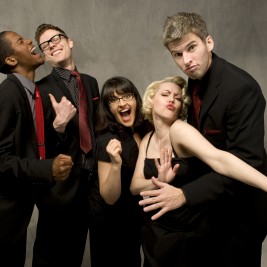 Travel Location
Available Upon Request
Book The Second City For

Book The Second City for a Speaking Engagement

If your goal is to hire The Second City to be your next keynote speaker or to be the next brand ambassador our celebrity speakers bureau can assist. If The Second City’s booking fee is outside your companies budget or your unable to align with his appearance availability, our booking agents can provide you a list of talent that aligns with your event theme, budget and event date.

For over 45 years, The Second City has been finding humor in the conventions of politics, culture, and social institutions. Its legendary touring company performs sketch comedy and improvisation in shows that are fast, loose, clever, provocative and above all, funny. Time magazine has called The Second City "brilliant."

Taking its name from the title of A.J. Liebling's derisive profile of Chicago in The New Yorker, The Second City opened on December 16, 1959. Success was almost instantaneous.

The concept that is The Second City has been translated by four to seven actors, with the help of a creative director, to enliven an empty stage with topical comedy sketches. Using few props and costumes, and punctuating scenes with original music, the ensemble creates a slice-of-life environment, lampooning our modern lives politically, socially and culturally. The Second City develops all of its material in a performance situation, improvising on ideas suggested by the audience during improvisational sets held nightly after the regular show. Then, by refining, culling, and amplifying the ideas during rehearsals, the finished pieces become the next revue.

Over the years the troupe has honed such talents as Bill Murray, Joan Rivers, Jim Belushi, Chris Farley, Mike Meyers, Tina Fey, and Rachel Dratch to name a few. Its current performers are destined to be the superstars of the next millennium. For those who believe that laughter is the best medicine, an evening with The Second City is a prescription for a fun-filled, unforgettable experience.

Read More About The Second City

NOPACTalent acts as a Celebrity Speakers Bureau and Athlete Booking agency for corporate functions, appearances, private events and speaking engagements. NOPACTalent does not claim or represent itself as The Second City’s speakers bureau, agent, manager or management company for The Second City or any celebrity on this website. NOPACTalent represents organizations seeking to hire motivational speakers, athletes, celebrities and entertainers for private corporate events, celebrity endorsements, personal appearances, and speaking engagements.