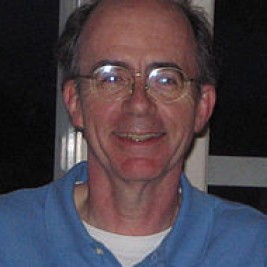 Businesses, Non-profit organizations, event planners and companies across the country have worked closely with our booking agents to hire Ken Tucker for a speaking engagements, guest appearances, product endorsements and corporate events. Many of those same clients have continued to turn to our speakers bureau as we can easily align Ken Tucker’s availability with their upcoming seminar, gala, annual conference, corporate function, and grand opening. Our close relationship with Ken Tucker’s booking agent and management team further enables us to provide inquiring clients with Ken Tucker’s speaking fee and appearance cost.

If your goal is to hire Ken Tucker to be your next keynote speaker or to be the next brand ambassador our celebrity speakers bureau can assist. If Ken Tucker’s booking fee is outside your companies budget or your unable to align with his appearance availability, our booking agents can provide you a list of talent that aligns with your event theme, budget and event date.

While attending NYU, he began writing freelance reviews for The Village Voice, SoHo Weekly News, and Rolling Stone. From 1979 to 1983, Tucker was the rock critic for the Los Angeles Herald-Examiner. From 1983 to 1990, he worked at The Philadelphia Inquirer, first as the newspaper’s rock critic, and then its television critic.

In 1990, he joined Entertainment Weekly as a founding staffer. He was the magazine's television critic, DVD critic and an editor-at-large until 2013, except for one year (2005–06) as film critic at New York Magazine.

Since 1982, Tucker has been a rock and pop music critic for the National Public Radio (NPR) talk show Fresh Air with Terry Gross.

Tucker has appeared many times on television, including multiple appearances on The Today Show, Good Morning America, The Charlie Rose Show, and The Late Late Show with Craig Ferguson. He appears in the 1984 documentary The Gospel According to Al Green. He is interviewed on-camera in Cartoon College, a documentary about the history of comics.

For his critical writings, Tucker was a finalist for the Pulitzer Prize in Criticism in 1984, the first rock critic to become a Pulitzer finalist. He won a National Magazine Award in 1995 and has twice won a Deems Taylor Award by the American Society of Composers, Authors and Publishers (ASCAP).