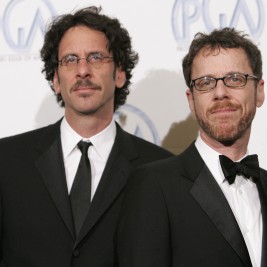 Travel Location
Available Upon Request
Book The Coen Brothers For

Book The Coen Brothers for a Speaking Engagement

If your goal is to hire The Coen Brothers to be your next keynote speaker or to be the next brand ambassador our celebrity speakers bureau can assist. If The Coen Brothers’s booking fee is outside your companies budget or your unable to align with his appearance availability, our booking agents can provide you a list of talent that aligns with your event theme, budget and event date.

The Coen brothers work so closely and share such a strong vision of what their films are to be that actors say that they can approach either brother with a question and get the same answer. The brothers are known in the film business as "the two-headed director". The pair are frequently credited on their own films as editor under the name "Roderick Jaynes".

Joel Coen was born November 29, 1954 and Ethan followed on September 21, 1957. The brothers grew up in a Jewish family in St. Louis Park, Minnesota, a suburb of Minneapolis. Their parents, Edward and Rena Coen, were both professors, their father specializing in economics at the University of Minnesota and their mother in art history at St. Cloud State University.

When they were kids, Joel saved up enough money from mowing lawns to buy a Vivitar Super-8 camera, and together they remade movies they saw on television with a neighborhood kid, Mark Zimering (a.k.a. Zeimers), as the star. For example, Cornel Wilde's The Naked Prey (1966) became Zeimers in Zambia, which also featured Ethan as a native with a spear.

Both of the Coen brothers attended Simon's Rock Early College (now Simon's Rock College of Bard) in Great Barrington, Massachusetts. Simon's Rock is designed for bright students seeking to start their undergraduate education earlier than is normal. After graduating from Simon's Rock, Joel spent four years in the undergraduate film program at New York University where he made a 30-minute thesis film called Soundings. The film depicted a woman engaged in sex with her deaf boyfriend while verbally fantasizing about having sex with her boyfriend's best friend, who is listening in the next room. After also graduating from Simon's Rock, Ethan went to school at Princeton University and earned an undergraduate degree in philosophy. His senior thesis was a 39-page essay entitled, "Two Views of Wittgenstein's Later Philosophy."

After graduating from NYU, Joel worked as a production assistant on a variety of industrial films and music videos. He developed a talent for film editing and met Sam Raimi, who was looking for an assistant editor on his first feature film, The Evil Dead (1981).

Joel has been married to actress Frances McDormand since 1994; they have an adopted baby named Pedro. Ethan is married to film editor Tricia Cooke.

Read More About The Coen Brothers

NOPACTalent acts as a Celebrity Speakers Bureau and Athlete Booking agency for corporate functions, appearances, private events and speaking engagements. NOPACTalent does not claim or represent itself as The Coen Brothers’s speakers bureau, agent, manager or management company for The Coen Brothers or any celebrity on this website. NOPACTalent represents organizations seeking to hire motivational speakers, athletes, celebrities and entertainers for private corporate events, celebrity endorsements, personal appearances, and speaking engagements.