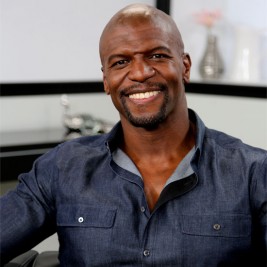 Businesses, Non-profit organizations, event planners and companies across the country have worked closely with our booking agents to hire Terry Crews for a speaking engagements, guest appearances, product endorsements and corporate events. Many of those same clients have continued to turn to our speakers bureau as we can easily align Terry Crews’s availability with their upcoming seminar, gala, annual conference, corporate function, and grand opening. Our close relationship with Terry Crews’s booking agent and management team further enables us to provide inquiring clients with Terry Crews’s speaking fee and appearance cost.

If your goal is to hire Terry Crews to be your next keynote speaker or to be the next brand ambassador our celebrity speakers bureau can assist. If Terry Crews’s booking fee is outside your companies budget or your unable to align with his appearance availability, our booking agents can provide you a list of talent that aligns with your event theme, budget and event date.

Terry Crews was born July 30, 1968 and is an American actor and former NFL player. He is perhaps best known for playing Julius on the UPN/CW sitcom Everybody Hates Chris and for his appearances in Old Spice commercials, as well as for roles in films like Friday After Next, White Chicks, Idiocracy, Gamer, and The Expendables. He stars as Nick Kingston-Persons in the TBS sitcom Are We There Yet? and as himself in the BET reality series The Family Crews.

After retiring from the NFL in 1997, Crews pursued an acting career and took a stint as T-Money on Battle Dome (modeled after American Gladiators). Crews played the beefcake "he-man" in films such as White Chicks. He played Damon Pearly in Friday After Next, starring Ice Cube and Mike Epps. He has also done commercials with Nike. He last starred in the sitcom Everybody Hates Chris as Julius Rock, and his more modern movie appearances were alongside Adam Sandler in The Longest Yard, Click, and The Benchwarmers (as well as the long-delayed Mike Judge film Idiocracy, where Crews played President Dwayne Elizondo Mountain Dew Herbert Camacho).

Crews has made many cameo appearances. He was in Blink-182's music video of "Down" as a police officer, in Jamie Kennedy's "Rollin' with Saget" as the security guard, and in films such as Training Day and Soul Plane.

Crews usually portrays buff-looking characters with a humorous softer side, singing along with 80's music or becoming engaged with soap operas (as well as his signature robot dance). But more recently, he has been able to alternate with more serious projects such as his recent appearances in Harsh Times, Street Kings, and The Expendables.

He has been featured in several Old Spice TV commercials for their "Odor Blocker Body Wash". The ads were directed by Tim Heidecker and Eric Wareheim.

In the sitcom Are We There Yet?, Crews had a lead role as Nick Kingston-Persons. In the series' first trailer, Ice Cube said that Crews is the perfect person to replace him as Nick, and that his physical comedy is undeniable. The series was picked up for 90 new episode (approx six seasons) by August 2010, while Crews enjoyed box office success in three movies in August 2010 (Middle Men, The Expendables, Lottery Ticket).

He also stars in his own reality series on BET entitled The Family Crews which is about his everyday life with his family. The show premiered on February 21, 2010.

In 2012 it was announced that he would be joining the cast of the Aaron Sorkin-helmed drama The Newsroom. He will be portraying the bodyguard and life coach of Will McAvoy, the show's protagonist. There was a reference to his football past during his first appearance in the series, but it should however be noted that the football past of his character, Lonny Church, is completely different from his real-life one (his character was a Defensive Tackle who played for the Clemson Tigers in college before being drafted to the Cincinnati Bengals in the eighth round of the NFL Draft and who then got cut five weeks into the training camp, while Crews played a Linebacker in defense for the Western Michigan Broncos in college before being drafted in the eleventh round by the Los Angeles Rams and then played in the league for four seasons). Terry is currently a contestant in a NBC celebrity reality competition series called Stars Earn Stripes.