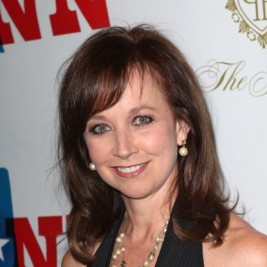 Businesses, Non-profit organizations, event planners and companies across the country have worked closely with our booking agents to hire Susan Powell for a speaking engagements, guest appearances, product endorsements and corporate events. Many of those same clients have continued to turn to our speakers bureau as we can easily align Susan Powell’s availability with their upcoming seminar, gala, annual conference, corporate function, and grand opening. Our close relationship with Susan Powell’s booking agent and management team further enables us to provide inquiring clients with Susan Powell’s speaking fee and appearance cost.

If your goal is to hire Susan Powell to be your next keynote speaker or to be the next brand ambassador our celebrity speakers bureau can assist. If Susan Powell’s booking fee is outside your companies budget or your unable to align with his appearance availability, our booking agents can provide you a list of talent that aligns with your event theme, budget and event date.

In September of 1980, Susan was named Miss America 1981. In the years following her reign, she has appeared before audiences in theatres, opera houses, concert halls and at lecture podiums all across the country. She performed at Houston's Theatre Under the Stars where she starred opposite Larry Gatlin in his musical Texas Flyer and also starred as the heroine, Margarita, in the world premiere of the new musical Zorro.

Miss Powell made her operatic debut as Adele in Die Fledermaus with the Seattle Opera and debuted at the New York City Opera as Johanna in Harold Prince's production of Sweeney Todd. Additionally, she has sung leading roles for the Cincinnati, Augusta, Syracuse, Connecticut, Gold Coast, Nevada, Tulsa, Arizona and Baltimore Opera companies. She has been a featured soloist with numerous symphonies, including those of Philadelphia, Tampa, Indianapolis, Tulsa, Nashville, Oklahoma City, Richmond and Chicago. Susan debuted with the Boston Pops in 1993 and was personally selected by John Williams to appear with him as the only soloist in one of his final concerts with the Pops. In the winter of 1999, Susan returned to the Boston Pops, joining them for their annual holiday tour conducted by Keith Lockhart. This year she joined Maestro Lockhart as guest soloist with the Utah Symphony in Salt Lake City and the New Japan Philharmonic in Tokyo.

Off-Broadway Susan starred as Alcamene in Olympus on My Mind and has toured the country in The Music of Andrew Lloyd Webber, The Sounds of Rogers and Hammerstein and The Desert Song. Her other theatrical work includes starring roles at the Paper Mill Playhouse, Sacramento Music Circus, Pittsburgh Civic Light Opera, Dallas Summer Musicals, Cape Fear Regional Theatre, Theatre Under the Stars, and the St. Louis MUNY. In those theatres, Miss Powell has been seen in roles such as Laurie in Oklahoma!, Sarah in Guys and Dolls, Martha Jefferson in 1776, Magnolia in Showboat, Julie Jordan in Carousel, Nellie Forbush in South Pacific, Eliza Doolittle in My Fair Lady, Marian in The Music Man, Rosabella in The Most Happy Fella, Mabel in Pirates of Penzance, Kathy in The Student Prince, Yum Yum in The Mikado, Valencian in The Merry Widow and Margot in The Desert Song.

Susan is known for her quick wit, outspoken style, multiple talents and versatility. Miss Powell is featured on the cast recording of Olympus on My Mind and more recently, Fifty Million Frenchmen on New World Records. Susan attended Oklahoma City University. She is a native of Elk City, Oklahoma and in 2002 was honored at the annual Oklahoma Hall of Fame Awards as Ambassador of Good Will for the State of Oklahoma.