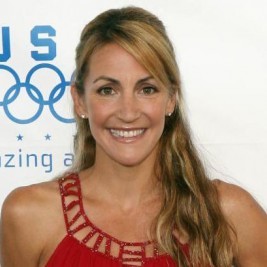 Businesses, Non-profit organizations, event planners and companies across the country have worked closely with our booking agents to hire Summer Sanders for a speaking engagements, guest appearances, product endorsements and corporate events. Many of those same clients have continued to turn to our speakers bureau as we can easily align Summer Sanders’s availability with their upcoming seminar, gala, annual conference, corporate function, and grand opening. Our close relationship with Summer Sanders’s booking agent and management team further enables us to provide inquiring clients with Summer Sanders’s speaking fee and appearance cost.

If your goal is to hire Summer Sanders to be your next keynote speaker or to be the next brand ambassador our celebrity speakers bureau can assist. If Summer Sanders’s booking fee is outside your companies budget or your unable to align with his appearance availability, our booking agents can provide you a list of talent that aligns with your event theme, budget and event date.

By age three, Sanders could swim a lap of the pool. She wanted to be just like her older brother Trevor, so in 1976 she joined the Sugar Bears – an age-group swimming program in Roseville, California, coached by Mike Barsotti, Scott Winter and Scott O'Conner. From there she jumped to the Sierra Aquatic Club with coach Ralph Thomas, and finally to CCA under coach Mike Hastings.

In 1991, Sanders enrolled at Stanford University to swim under Hall of Fame coach Richard Quick. In her two-year collegiate swimming career, Sanders won eight NCAA National Championship titles, including the 200-yard butterfly, 200-yard individual medley and 400-yard individual medley and the 4x100-yard medley relay. She won back-to-back NCAA Swimmer of the Year titles and helped her Cardinal team win the 1992 NCAA National Championships. She was the recipient of the Honda Sports Award for Swimming and Diving, recognizing her as the outstanding college female swimmer of the year in 1991–92.

Sanders began working on television while still competing. In 1992 and 1994 she was a commentator for CBS Sports for the NCAA Swimming Championships. In 1996, she was a commentator for NBC's coverage of swimming at the Atlanta Olympics. She acted as an Olympic analyst and host for NBC during the 1996, 2000, 2002 and 2010 Olympic Games, being a Today Show special contributor from 2000-2004 and contributed to the network's coverage of the 2002 Winter Olympics in Salt Lake City as an on-site reporter. She was also the host of Scholastic at the Olympic Games on MSNBC in 2000.

In 2009, Sanders began hosting Inside Out with Summer Sanders. The show, which is the first original production of Universal Sports, debuted on December 23, 2009, and focuses on in-depth interviews and intimate profiles of notable Olympic athletes. She also worked as a general correspondent for Good Morning America and Rachael Ray.

Sanders was also a 2010 Winter Olympics correspondent for NBC Sports.

She appeared on the third season of Celebrity Apprentice, and competed for charity. In January 2012, she was one of eight celebrities participating in the Food Network reality series Rachael vs. Guy: Celebrity Cook-Off.

Sanders hosted the award-winning "Elite Athlete Workouts" on Yahoo!Sports and covered the 2012 Olympic Games in London for the news outlet. She currently works as a commentator on the new Pac-12 Network.