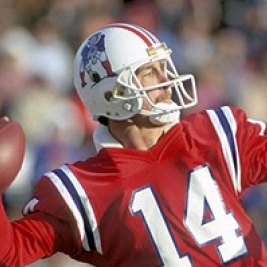 Businesses, Non-profit organizations, event planners and companies across the country have worked closely with our booking agents to hire Steve Grogan for a speaking engagements, guest appearances, product endorsements and corporate events. Many of those same clients have continued to turn to our speakers bureau as we can easily align Steve Grogan’s availability with their upcoming seminar, gala, annual conference, corporate function, and grand opening. Our close relationship with Steve Grogan’s booking agent and management team further enables us to provide inquiring clients with Steve Grogan’s speaking fee and appearance cost.

If your goal is to hire Steve Grogan to be your next keynote speaker or to be the next brand ambassador our celebrity speakers bureau can assist. If Steve Grogan’s booking fee is outside your companies budget or your unable to align with his appearance availability, our booking agents can provide you a list of talent that aligns with your event theme, budget and event date.

Steve Grogan spent his college career at Kansas State University. He was picked in the fifth round (116th overall) in the 1975 NFL Draft. He replaced an ill Tony Eason in the second quarter of Super Bowl XX and threw the only touchdown pass for the Patriots in that game. Grogan is the New England Patriots' all-time career passing leader, with 3,593 attempts 1,879 completions, 26,886 yards and 182 touchdowns. Grogan is also noted as one of the top rushing quarterbacks of his time. He rushed for 2164 yards (4.9 per carry) and 35 touchdowns during his career, a mark which places him as the Patriots' third overall in rushing touchdowns. Grogan also holds the third most rushing touchdowns in a season (12 in 1976), which is also the most by any quarterback in NFL history. He is also one of the few NFL quarterbacks who wore a neckbrace during his career.

His high school, Ottawa High School in Ottawa, Kansas, (a suburb of Kansas City) has named its football stadium after him.

Even though Grogan's #14 has not been officially retired by the Patriots, the team has not issued that number since Grogan retired. It is generally known that no Patriot will ever wear #14 again, and it's assumed the number will eventually be officially retired. Kansas State has retired the number Grogan wore for the Wildcats, #11, to jointly honor him and his predecessor, Lynn Dickey. It is the only number retired by Kansas State.

Grogan currently is a spokesperson for a sports gambling franchise.