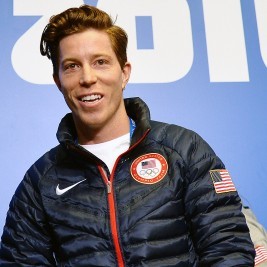 Businesses, Non-profit organizations, event planners and companies across the country have worked closely with our booking agents to hire Shaun White for a speaking engagements, guest appearances, product endorsements and corporate events. Many of those same clients have continued to turn to our speakers bureau as we can easily align Shaun White’s availability with their upcoming seminar, gala, annual conference, corporate function, and grand opening. Our close relationship with Shaun White’s booking agent and management team further enables us to provide inquiring clients with Shaun White’s speaking fee and appearance cost.

If your goal is to hire Shaun White to be your next keynote speaker or to be the next brand ambassador our celebrity speakers bureau can assist. If Shaun White’s booking fee is outside your companies budget or your unable to align with his appearance availability, our booking agents can provide you a list of talent that aligns with your event theme, budget and event date.

Shaun White is an American professional snowboarder and skateboarder. He is a two-time Olympic gold medalist. He holds the X-Games records for gold medals and highest overall medal count, and has won 10 ESPY Awards.

White quickly drew the eyes of many in the skateboarder scene, including professional skateboarder Tony Hawk. Hawk befriended the nine-year-old White at a local skatepark and mentored him, helping him turn pro in skateboarding at the age of 17. White has won many titles on his skateboard, most notably the overall title of Action Sports Tour Champion, as well as being the first person to compete in and win both the Summer and Winter X Games in two different sports.

Following in his older brother's footsteps, White switched from skiing to snowboarding at age six, and by age seven he received his first sponsorship. White has participated in three Winter Olympics in his career. At both the 2006 and 2010 Winter Olympics, White won gold in the snowboard halfpipe event. White has also participated in the Winter X Games, where he has won a medal every year since 2002. Including all winter X Games competitions through 2013, his medal count stands at 18 (13 gold, 3 silver, 2 bronze), among which is the first quadruple win streak by a male athlete in one discipline, the snowboard slopestyle. White's streak was snapped in 2007 when he lost to Andreas Wiig and Teddy Flandreau, with White taking the bronze. He won the Air & Style Contest in 2003 and 2004.