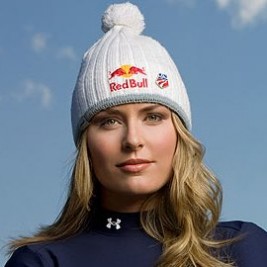 Businesses, Non-profit organizations, event planners and companies across the country have worked closely with our booking agents to hire Lindsey Vonn for a speaking engagements, guest appearances, product endorsements and corporate events. Many of those same clients have continued to turn to our speakers bureau as we can easily align Lindsey Vonn’s availability with their upcoming seminar, gala, annual conference, corporate function, and grand opening. Our close relationship with Lindsey Vonn’s booking agent and management team further enables us to provide inquiring clients with Lindsey Vonn’s speaking fee and appearance cost.

If your goal is to hire Lindsey Vonn to be your next keynote speaker or to be the next brand ambassador our celebrity speakers bureau can assist. If Lindsey Vonn’s booking fee is outside your companies budget or your unable to align with his appearance availability, our booking agents can provide you a list of talent that aligns with your event theme, budget and event date.

Known as one of the most successful female ski racers in American history, Lindsey Vonn is one of the few world-class, five-event ski racers. She is the only American woman to have won two World Cup overall titles, but she also has two downhill titles and a super G title. She's the only American woman to win at Italy's Trofeo Topolino (for skiers 11-14) and earn Junior Worlds medals and U.S. titles - all of it while a teenager. Six weeks after she turned 20, Vonn (then Kildow) produced her first World Cup victory. She has more World Cup wins than any American woman and has four World Championship medals, including two gold from 2009

Vonn's 2009 season began well before the first World Cup race. Over the summer, she committed herself to two things: getting in the best physical shape possible and improving her technical skiing. Then she went out and won the first slalom of the year in Levi, Finland – her first World Cup slalom podium. She went on to podium in three other slalom races including another win. The speed season opened in Lake Louise, where she won the downhill for the fifth time in as many years.

At the February World Championships, she struck gold with victories in both downhill and super G adding to the two silver medals she won in 2007. The double gold tied U.S. great Andrea Mead Lawrence for the gold count and she joined Tamara McKinney as the only two American women to have four World Championships medals. At a victory celebration following her downhill win, Vonn accidentally severed a tendon in her right thumb while unknowingly grasping a broken champagne bottle. Doctors said normal people take three months without activity for the injury to heal. Vonn raced the World Championships slalom a few days later and was in second after the first run. She ended up crashing in the second, but bounced back to take three more World Cup podiums the following weekend in Taravisio, Italy. The last of which, a super G win, placed Vonn in the record books again as she surpassed McKinney for the most World Cup victories for an American woman with 19. Vonn would win three more before the season ended finishing the year with a U.S. record (male or female) nine wins in a single season, including five consecutive super G wins – an international record for women. In total her 47 career podiums also surpassed McKinney's previous record of 45. She book ended her season with downhill and super G wins at the World Cup finals to secure her second World Cup overall title to become the only U.S. woman to win two big crystal globes, let alone back-to-back. Her second downhill title tied her with childhood hero Picabo Street as the only Americans to win two downhill titles. Her super G win secured the World Cup title in the discipline and marked another first for American women.

Vonn kept the drama rolling into the 2010 season by winning the opening five downhill races of the season and securing the World Cup super G title with two races remaining in the season after the Olympics. Prior to the Olympic break, she's also leading the overall and super combined World Cup points. The drama part came just after Christmas when a giant slalom crash in Lienz, Austria sent initial reports surging through the press of a broken arm. It turned out to be deep bruising, but that didn't slow Vonn, who moved through Janaury tacking on World Cup win after win in speed disciplines to tie her single season record of nine victories with seven more races still on the books after the Olympics. Her bruised arm still hampers her in technical disciplines, but Vonn intends to go full guns in Vancouver. We'd expect nothing less from the two-time overall World Cup champion and defending World Champion in downhill and super G.

Growing up in the Twin Cities area (in Burnsville), Vonn was on skis at 2 at Buck Hill before moving into Erich Sailer's renowned program at Buck Hill. She commuted to Vail for a couple of years before the Kildows (her maiden name) moved to Vail in the late Nineties. En route to the World Cup, she excelled at every level – Junior Olympics, Trofeo Topolino, Whistler Cup (kids 11-14), Junior Worlds, NorAms and Europa Cup.