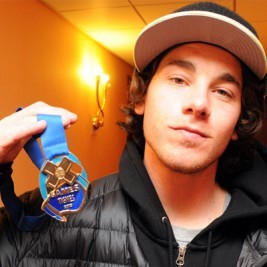 Businesses, Non-profit organizations, event planners and companies across the country have worked closely with our booking agents to hire Sammy Carlson for a speaking engagements, guest appearances, product endorsements and corporate events. Many of those same clients have continued to turn to our speakers bureau as we can easily align Sammy Carlson’s availability with their upcoming seminar, gala, annual conference, corporate function, and grand opening. Our close relationship with Sammy Carlson’s booking agent and management team further enables us to provide inquiring clients with Sammy Carlson’s speaking fee and appearance cost.

If your goal is to hire Sammy Carlson to be your next keynote speaker or to be the next brand ambassador our celebrity speakers bureau can assist. If Sammy Carlson’s booking fee is outside your companies budget or your unable to align with his appearance availability, our booking agents can provide you a list of talent that aligns with your event theme, budget and event date.

Born in Tigard, Oregon, Sammy Carlson starting skiing at Mt. Hood at the tender age of four. At age 12, while ski racing, he saw local pro skier Eric Pollard taking laps through the terrain park, and was immediately struck by how much more fun and free it looked than racing. He immediately fell in love with this newer style of skiing and within two years, turned pro as one of the hottest up and coming kids in the freestyle discipline. By 16, Sammy was competing in his first X Games, and soon won his first major competition, The King of Style big air content in Sweden. The following winter, Carlson won a silver at his second X Games event, placing just behind skiing legend Candide Thovex. The next four years saw Sammy explode onto the scene, win numerous big air events, stand on the podium of the Dew Tour, and grab four more X Games medals slopestyle gold in 2011. Sammy’s desire to continue to push the boundaries of the sport lead him back home to Mt. Hood, where he built a massive jump and became the first skier to successfully pull off a triple cork. The massive 110-foot switch triple rodeo 1260 blew the doors off of what people thought was possible on a pair of skis, and made a major statement that Sammy Carlson had arrived as the steward of progression in the sport of freestyle skiing. The following winter in Aspen at Winter X Games 16, while leading the big air competition, Sammy crashed attempting a highly technical double cork 1260 on the final jump. He exploded his knee–ending his season and the competitive momentum he’d accrued over the past several years. That summer, during rehab, Sammy began to question his ability to progress the sport in competitions with small jumps and close-minded judging criteria. The runs had become predictable and boring–creativity was burning out and Carlson was ready to migrate his creative energy and athletic talents towards filming feats never seen before on skis.