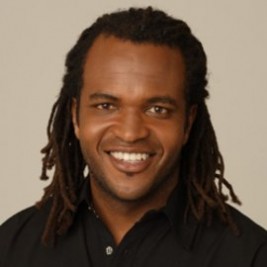 Businesses, Non-profit organizations, event planners and companies across the country have worked closely with our booking agents to hire Sal Masekela for a speaking engagements, guest appearances, product endorsements and corporate events. Many of those same clients have continued to turn to our speakers bureau as we can easily align Sal Masekela’s availability with their upcoming seminar, gala, annual conference, corporate function, and grand opening. Our close relationship with Sal Masekela’s booking agent and management team further enables us to provide inquiring clients with Sal Masekela’s speaking fee and appearance cost.

If your goal is to hire Sal Masekela to be your next keynote speaker or to be the next brand ambassador our celebrity speakers bureau can assist. If Sal Masekela’s booking fee is outside your companies budget or your unable to align with his appearance availability, our booking agents can provide you a list of talent that aligns with your event theme, budget and event date.

Sal's unique ability and talent to connect sports, music and youth lifestyle has touched a chord with young audiences over the years, making him a distinctive voice for Gen-Y. His passion for sports has brought him to MTV, ESPN and Fox. But his future was really etched at an early age, when he began honing his love of showmanship while touring with his father, South African jazz great Hugh Masekela. He also became an avid snowboarder, skateboarder and surfer, which led him to answer phones at his favorite magazine that covered surfing, skating, snowboarding and BMX--Transworld. It was there he knew he had found his voice--and his niche.

Sal began his on-air career at MTV, where he not only made many fans but earned immense respect from athletes, making him the go-to guy for action sports. In 1998-2000, he cohosted the ever popular MTV Sports and Music Festival and MTV's Board Blast. He has also appeared as the cohost and commentator of ESPN's X2Day and The Life and Tony Hawk's Hawk Tour 2000/2001. In 1998, he cohosted ESPN's Winter X Games. He has hosted both the Winter and Summer X Games for the last five consecutive years. In 2001, Sal hosted Imax's motion picture Ultimate X.

In addition to his hosting appearances, Sal has been a presenter and an emcee for the following awards shows: ESPN's Action Sports and Music Awards, Transworld's Rider Poll Awards, Surfrider Foundation Watermans Ball, Billabong's XXL Big Wave Awards and Surfer magazine's Surfer Poll Awards. It was his debut in the 1998 snowboarding documentary Snow Taxi that caught the attention of Fox execs, who hired him to cohost Fox Sports' half-hour lifestyle show Board Wild.

In addition to his entertainment career, Sal also went on to become the marketing director of the clothing and skateboarding company Planet Earth, and from there, he and his three best friends launched their own lifestyle-apparel-brand company, Alphanumeric (which combines urban music, skate, snow and surf).