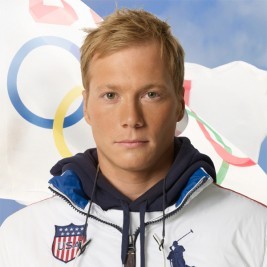 Businesses, Non-profit organizations, event planners and companies across the country have worked closely with our booking agents to hire Ryan St. Onge for a speaking engagements, guest appearances, product endorsements and corporate events. Many of those same clients have continued to turn to our speakers bureau as we can easily align Ryan St. Onge’s availability with their upcoming seminar, gala, annual conference, corporate function, and grand opening. Our close relationship with Ryan St. Onge’s booking agent and management team further enables us to provide inquiring clients with Ryan St. Onge’s speaking fee and appearance cost.

If your goal is to hire Ryan St. Onge to be your next keynote speaker or to be the next brand ambassador our celebrity speakers bureau can assist. If Ryan St. Onge’s booking fee is outside your companies budget or your unable to align with his appearance availability, our booking agents can provide you a list of talent that aligns with your event theme, budget and event date.

Having finished 12th, sixth and 18th in three world championship appearances and 16th in his Olympic debut at the 2006 Torino Games, St. Onge recorded his breakout performance by claiming gold in men's aerials at the 2009 World Championships in Inawashiro, Japan. With the win, St. Onge became the first American aerials world champion since Eric Bergoust in 1999.

Many skiers begin their careers early in childhood, but St. Onge's skiing roots date nearly all the way back to infancy. With two parents who were involved in coaching, St. Onge recalls being on skis as early as age 1 or 2. "The boots came up past my knees," he says, "so that instead of having to stand up and ski, I could sit down, actually, on my boots." At age 14, he became the youngest member of any U.S. national ski team in history, a distinction that has since passed to other teammates, including Rachael Pack, the younger sister of 2002 Olympic silver medalist Joe Pack, who made the U.S. team at age 12 in 2004.

After finishing 16th in Torino, St. Onge understood very clearly what the next step was. "My performance, even though it wasn't as good as I had hoped it could be, very clearly defined for me where I needed to go with my training," he explains. What he essentially set out to do was become more adaptable to things he can't control. "Very specifically, what I was trying to accomplish over this last four years, was go from a person that could perform well when the conditions were right, to being able to perform well and choose the conditions that I've performed well in," St. Onge explains.

Most professional athletes can claim some unique travel destinations, but few have marked the same places on a map as St. Onge. At one point growing up, he and his older brother Chad lived with their parents on a sailboat as they traveled around the Caribbean. But that was just the beginning. "Eventually, my parents moved onto another sailing boat, and they sailed around the entire world," he recalls. "I was very lucky, because when I went home from competitions or training, I got to go home to where my parents were. Either in the Kingdom of Tonga, or Vanuatu, the Marquesas Islands, Sri Lanka, the Maldives - all over the world, I've gotten to see different people, and different experiences, and different places. And it's just amazing, to have so much, and so much more to learn."

During a trip to New Zealand, St. Onge got the opportunity to fly in a Red Bull stunt plane with a competitive pilot. "It was unreal," he says. "I thought because of my experience in aerials, I would kind of understand some of the similarities between flipping and twisting in the air, in a plane, and by myself. But very quickly into the plane ride, I realized that I was out of my element, and it's amazing what those guys do." The experience inspired St. Onge to get his private pilot's license, which he acquired after the 2006 Torino Games.