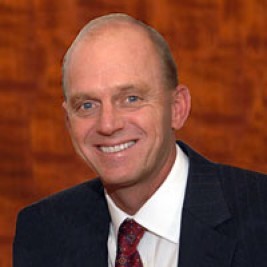 Businesses, Non-profit organizations, event planners and companies across the country have worked closely with our booking agents to hire Rowdy Gaines for a speaking engagements, guest appearances, product endorsements and corporate events. Many of those same clients have continued to turn to our speakers bureau as we can easily align Rowdy Gaines’s availability with their upcoming seminar, gala, annual conference, corporate function, and grand opening. Our close relationship with Rowdy Gaines’s booking agent and management team further enables us to provide inquiring clients with Rowdy Gaines’s speaking fee and appearance cost.

If your goal is to hire Rowdy Gaines to be your next keynote speaker or to be the next brand ambassador our celebrity speakers bureau can assist. If Rowdy Gaines’s booking fee is outside your companies budget or your unable to align with his appearance availability, our booking agents can provide you a list of talent that aligns with your event theme, budget and event date.

Rowdy loved the water as a child, but did not begin his notorious swimming career until the late age of 17 with a 16th place finish in the Florida High School Championship.  The following year, Rowdy came back to win the State championships and quickly developed into a world class contender when he placed second in the 200m freestyle at the World Championships in 1989.  Rowdy was recruited to Auburn University where he stroked to American records in the 100 and 200 yard freestyles and to the world record in the 200m freestyle in 1:49.16.  By 1980, he was named "World Swimmer of the Year."

It was at the pinnacle of his swimming career that he suffered a tremendous disappointment when the 1980 US Olympic Team boycotted the Olympic Games.  Shortly thereafter, he retired, only to return with a vengeance a year and a half later, determined to regain his place in the swimming world and claim the medals he was unable to obtain in 1980.

Rowdy had no problem grasping three Olympic gold medals amidst roaring fans who believed in the "old man" of the 1984 Olympics.  Rowdy's crowning moments of capturing gold by winning the 100m freestyle and the 4x100 medley and freestyle relays will remain sacred to him and  his fans.

Since his retirement, Rowdy has been asked to endorse many products, has been a swimming commentator for CNN, ABC, and NBC, and has written articles for the FINA Swimming and Diving Magazine.  Today, Rowdy lives in Hawaii with his wife Judy and their three children.  He manages a health and fitness center, coaches swimming and continues to feel at home in the water swimming in a Masters program.